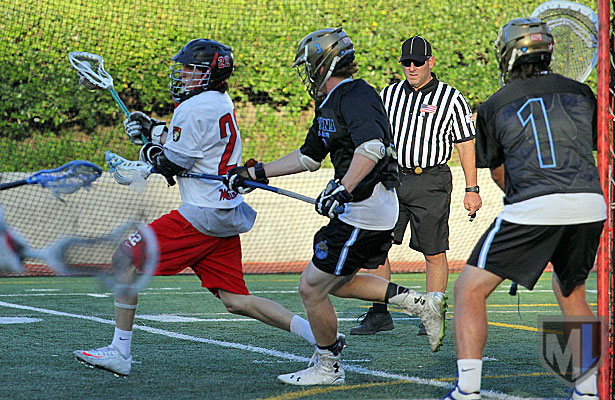 Defenseman Hugh Crance, a Corona del Mar alum and incoming Notre Dame freshman, has made the 30-man training roster for the 2016 U.S. Men’s National Under-19 National Team.  The roster was announced by US Lacrosse and head coach Nick Myers.  following a three-day training camp that culminated in Sunday’s Blue-White exhibition.   Crance and the 29 players were selected from a pool of 51 athletes who attended training camp Aug. 7-9 at Johns Hopkins University in Baltimore, Md. Crance was the only player from the West to make the cut.

The training pool was narrowed to 51 following a 105-player tryout June 29-July 1 at Stevenson University in Owings Mills, Md. The roster includes players from 10 states that have signed with or committed to 12 different universities.

The player selection committee was composed of the U.S. U19 coaching staff, the US Lacrosse Men’s National Team Subcommittee Chair and four top-level high school coaches who participated as field coaches throughout the weekend.

See Inside Lacrosse for additional details.