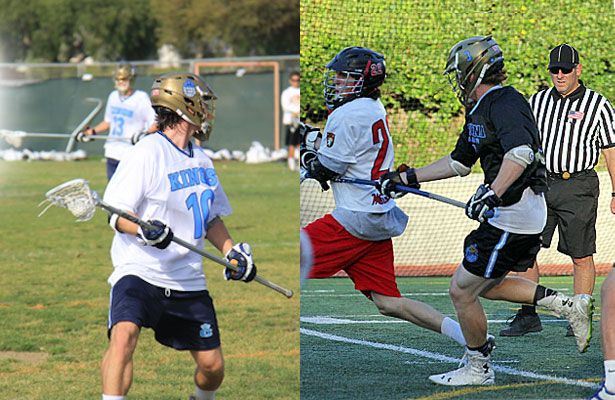 Former Corona del Mar High School teammates Hugh Crance and Brett Greenlee were ranked amongst the top freshman defenseman in the country by recruitingrundown.com.  Crance, a  freshman at Notre Dame, was ranked No. 8.  Greenlee, a freshman at Denver, was placed on the watchlist.

Helping the Sea Kings to an 18-1 mark in 2015, Crance and his brother Hoyt (a freshman goalie at Yale) made up an outstanding defensive unit that constantly made life difficult for opposing teams. Also a running back and safety for the football program, Crance is fundamentally sound, playing angles superbly and getting the ball in the ground. Looks tailor made for Gerry Byrne’s defense in South Bend.