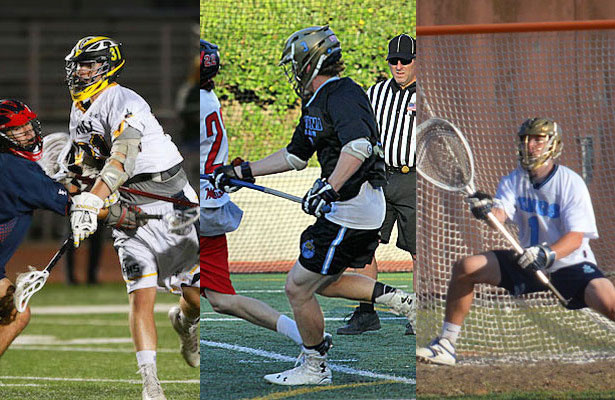 The competition to make next year’s Top 10 Stories of 2016 is heating up already.  Following in the footsteps of San Clemente alum Stone Sims (Albany), a trio of Orange County products lead all Californians on the Inside Lacrosse pre-season Power 100 Freshmen Rankings.  Sims was the only player from Orange County to finish last season on the Power 100.  The new season begins with Corona del Mar alums Hoyt Crance (Yale ) and Hugh Crance (Notre Dame), and Foothill alum Nate Marano (Denver)  earning spots in the Power 100.  Hugh Crance, a defenseman is ranked 23rd.  Marano, an attackman, is ranked 28th. Hoyt, a goalie, came in at an underrated 83rd.

The OC trio topped all other Californians.  Marano’s new teammate and fellow attackman Austin French from San Ramon Valley is ranked no. 88 by IL.  Bishop’s School alum Connor McCroskey, an attackman at Harvard, is ranked no. 91 to round out the California presence on the list.  Follow the link to see the entire Power 100.