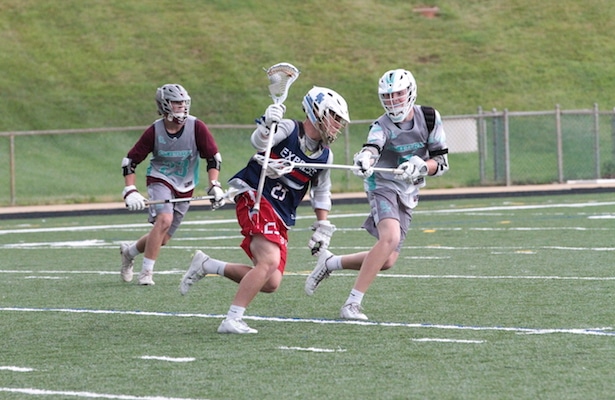 The SoCal Express 2109s captured two overtime victories at the Crab Feast to finish pool play with a 2-1 record. Strong performances by goalie Zane Handy, as well as the defense and faceoff play of Joseph Lee and Stuart Pollard factored heavily in both wins.  The SoCal Express 2018s were not as successful, ending the day with an 0-3 record.

The 2019s opened the tournament with a 5-4 win over Philadelphia Freedom. Koa Todd (2 goals, 1 assist) scored the game winner.  Riley Ahern (1g), Thomas Anderson (1g) and Destry Burton (1g, 1a) also found the back of the net in game one.  Keenan Ressler,  Stephen Deck,  Kevin Groeninger handed out assists in the first game.