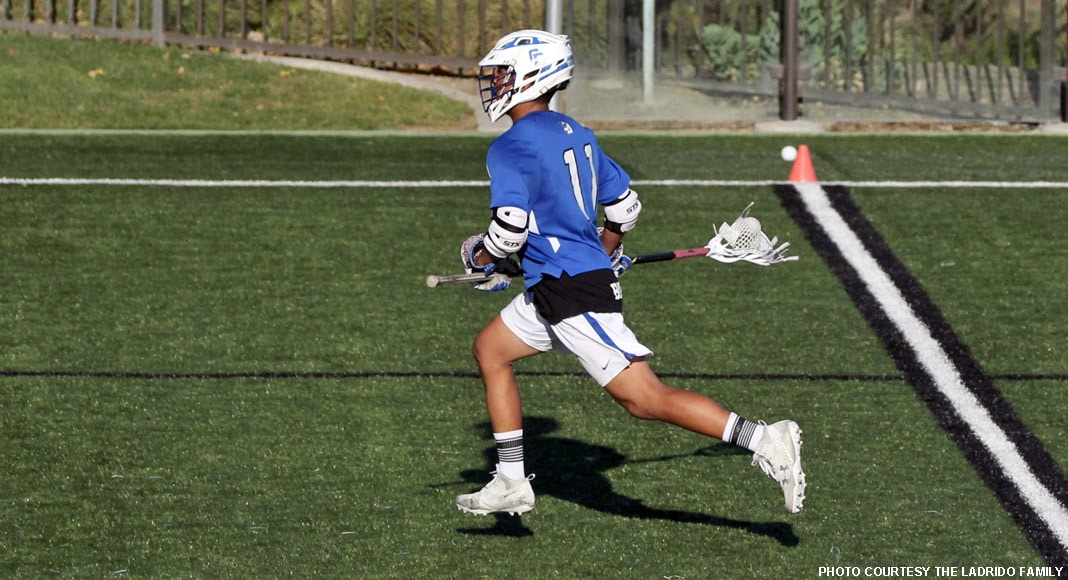 A midfielder when he arrived Country Day, Ladrido switched to LSM as a freshman to help fill a need on the squad. While the position switch might have set his development and recruiting back a bit, it paid off with the opportunity to play at a school ranked No. 3 in the country among National Liberal Arts Colleges by US News and World Report.

“Academically, it is one of the best schools in the country,” Ladrido said via email. “Coming from a small private school in La Jolla, Swarthmore’s enrollment of 1,500 students was appealing. The first time I went to campus, it was really nice seeing the changing colors of the leaves. I also liked how it was so close to Philadelphia -– a big city. I’ve lived in California my entire life, and I’m looking forward to being on the East Coast.”

I’m proud to announce that I will further my education and continue my lacrosse career at Swarthmore College for the next 4 years.  I would like to thank my parents, family, coaches, teammates and friends who all played a role in helping me reach this goal.  #GoGarnet pic.twitter.com/O6XFBXlyjU

Ladrido’s recruiting process was much different than that of his younger brother, Chase Ladrido, who committed to Johns Hopkins in the fall of his freshman year. But the older Ladrido said both the process and the outcome were beneficial.

“I learned about what was most important to me in a school and the lifestyle I want during my college experience,” Dean Ladrido said. “I’m looking forward to coming in with a group of nine other guys in my recruiting class that I’m going to be playing with for the next four years.”

Ladrido, a team captain for Country Day has been a four-year starter and was named All-Coastal League and All-Academic last season. He plays regionally for 3d San Diego and San Diego United and nationally for Legends West, FCA National and 212 National.

“I think Dean is a grinder,” said Zack Burke, director of 3d San Diego. “He never once blinked because his brother was committed to Hopkins. Dean was happy for his brother but always 100 percent focused on his goal, to play high-level lacrosse at a top academic school. I could not be happier for Dean. He is a great example of what it takes to be ‘committed.'”

“I’ve had the pleasure to coach Dean through various programs since seventh grade,” Foss said. “I’m sure being the older brother to a high-profile early recruit could have affected his process, but I never sensed that. Dean has worked hard to make himself into a very good defenseman, whether it be LSM or close defense. I believe he has all the skills to be a great player at Swarthmore. I’m looking forward to seeing him excel at the next level.”

Burke, for one, expects Dean Ladrido’s drive and effort to earn him early playing time at the college level.

“He has a nonstop motor that keeps going all game,” Burke said. “He is a great LSM but a good enough defender to play close too. Swarthmore got themselves a work horse. I think he will earn his way on to the field sooner then later at the next level.”