Mira Costa Moves Back into Top 10 in Coaches Poll 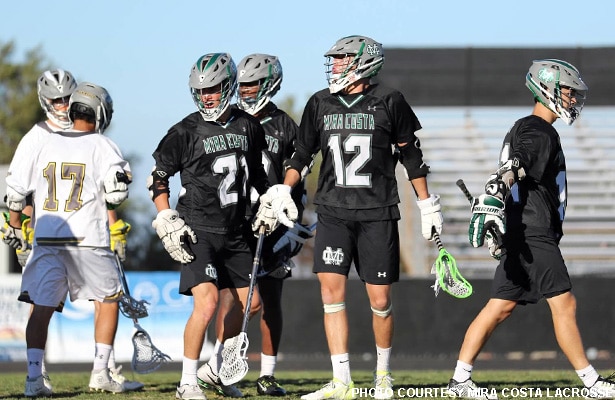 Mira Costa was voted No. 6 in the preseason coaches poll, and big things were expected from a team that returned some significant players from last year’s squad. But a couple of those players opened the season on the sideline with injuries, which led to a slow start and a drop in the poll. Costa has been ranked No. 11 or 12 for about the last month.

The Mustangs (11-3) are healthy now, though, and after win last week at Peninsula (in overtime) and at home over Redondo Union — their seventh consecutive victory — they are back in the Top 10, moving up two spots. They still sit one spot behind Peninsula (8-4), though, which fell from No. 7 to No. 9 after losing to Costa and Palos Verdes.

Also moving up two spots this week are Newbury Park (9-3), which also lost a few games while a key player was injured, and West Ranch (9-4). The Panthers have won four in a row and move up to No. 6; the Wildcats have won five of their last six and move from No. 17 to 15.

With playoff seeding two weeks away, keep an eye on the teams in the 15-20 range. Last year, the coaches committee selected 19 teams for the playoffs, scheduling three pre-first-round games. The winners of those games were then seeded into the main 16-team bracket at seeds 14, 15 and 16.