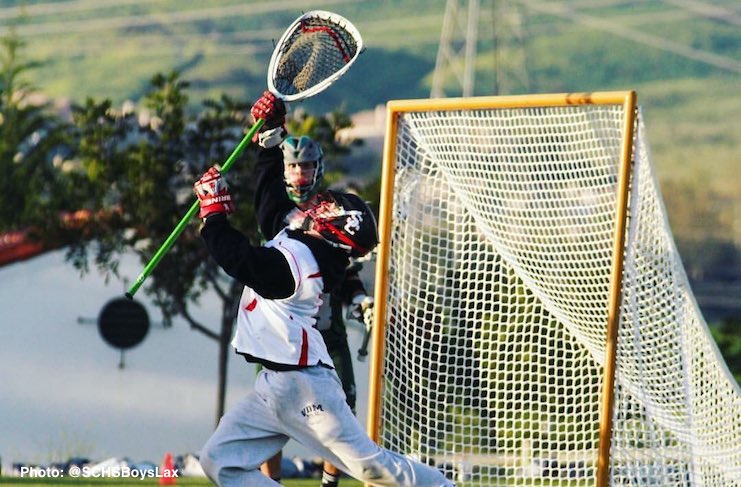 Coronado Red High School (#7 Nevada) completed a furious comeback over San Clemente winning in overtime 7-6.  It was a game of two halves as San Clemente was leading 5-1 at halftime but Coronado Red stormed back in the second half by dominating the face-off X and used ball possession to keep the potent SC offense off the field.  Coronado Red mounted a steady comeback to tie the game 6-6 in regulation and them completed the comeback victory in overtime.

San Clemente was led by David Howren (2g), Josh Sanchez(1g, 1a), Sander Lush (1g), Brandon Wilson (1g) and Eric Zoe (1g) while Nick Lemus had an assist.  Up next in Las Vegas for San Clemente is Palo Verde High School, the No. 2 team in Nevada.