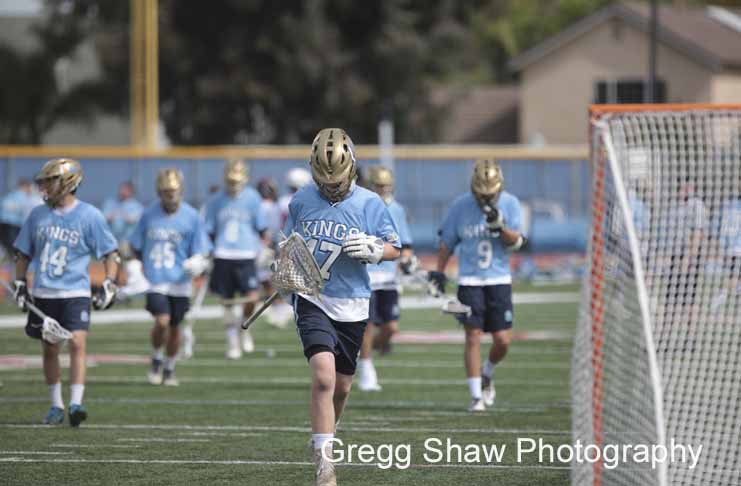 Corona del Mar (7-1) boys lacrosse held Cathedral Catholic to a season-low six goals on Tuesday to capture a 7-6 victory.  The Dons (3-5) were averaging over 12 goals per game before they bumped into CdM.

After a hotly contested first half that ended with the Sea Kings leading 4-3,  CdM got a little bit of breathing room by scoring the only two goals of the third quarter but then had to stave of the CC comeback attempt in the final frame to seal the 7-6 victory.