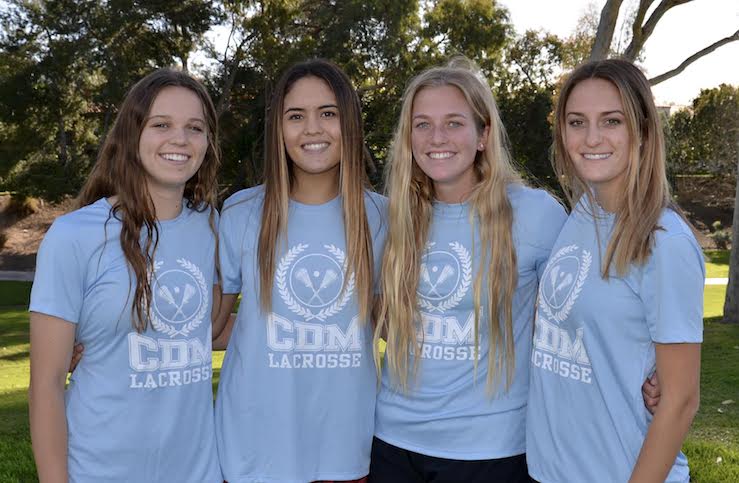 “It is obvious that these four players are passionate and committed about the sport of lacrosse,” Simons said by email. “We are lucky to have two of the captains on defense and the others lead by example in the offense. They bring intensity and excitement to this 2017 season.”

Katherine Mulvaney is a four year varsity player.  She was named 2nd Team All League in 2015 and 1st Team All County last year.  Katherine and her twin sister, Kennedy, have played lacrosse for nine years.  She has been a strong defensive player for the last four years.

Kennedy Mulvaney was the 2016 was the Pacific Coast League MVP.  She was named 1st Team All League in 2015 and 2nd Team All County in 2016. In her sophomore and junior years she played for the Orange County National Tournament Team.  Kennedy has also played on the CdM varsity soccer team. She is committed to play for Fresno State.

Katie McCabe will earn her fourth varsity letter in lacrosse.  She has been playing lacrosse since second grade.  Last year she was named Academic All American.  Katie has always been a strong player on the field.