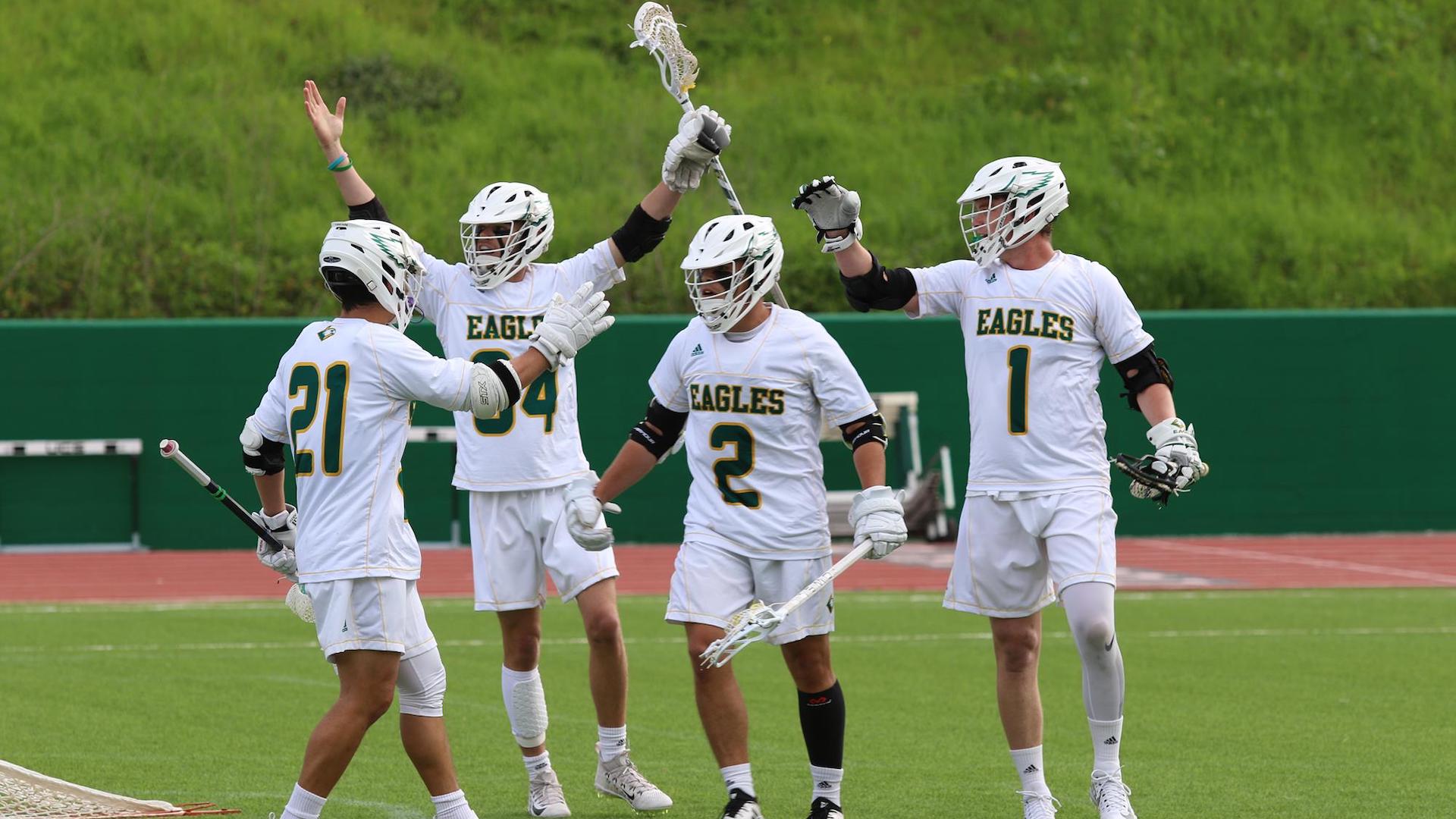 IRVINE, Calif. – Backed by a large “Code Yellow” crowd in its home opener, the No. 11 Concordia University Irvine men’s lacrosse team earned a thrilling 16-13 victory over No. 3 Brigham Young on Friday.

The game was tied at 12-12 in the fourth quarter before the Eagles took control and scored a couple timely goals to build a 15-12 advantage.  After that, CUI was able to run out the clock over the final three minutes.

“It was a huge game and a statement win,” said CUI defenseman Santiago Dearmas. “We played as a unit and played as a family.”

The Code Yellow event sponsored by the Habit Burger Grill also marked the home debut for new CUI head coach Jesse Foss, who is already making his mark on the program after he was hired this past November.

“The energy was great and there were a lot of people on the sideline,” said Foss, who used to coach at San Diego State. “Obviously, some big adjustments here in a short period of time for our players with different philosophies. But they’ve all handled it really well, responded well and welcomed me and they’re doing a great job. It’s been fun.”

The Eagles (2-0) scored the first two goals of the game and jumped out to a 3-1 lead midway through the first quarter.  BYU rallied to knot the game at three as both teams regrouped for the second quarter.

The Cougars quickly stepped up their offense and capitalized on a couple penalties to build a 9-6 advantage before intermission.

The third quarter was where the Eagles made their move. CUI capped off a 5-0 run with four straight goals in the third to retake the lead, 11-9.

“Ethan Espiritu our face-off guy did a really good job,” pointed out Foss. “One of our freshman on defense, Tyler Collins, I thought he did a great job on his matchups. Overall, our defense did a good job when we weren’t a man down.”

The Eagles return to action at home next Saturday, Feb. 23 when they host USC at 3:30 p.m. at Eagles Field.