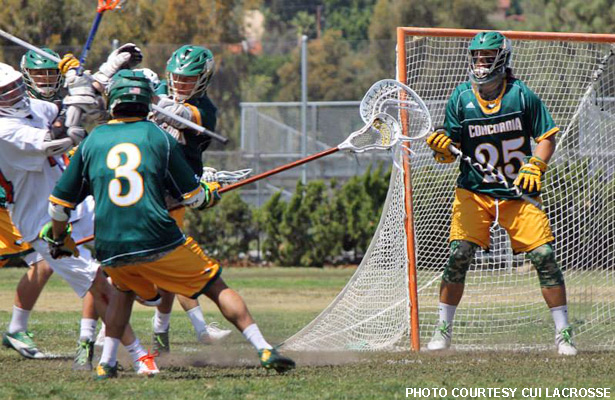 A year ago, Concordia came within one half of one game — maybe even one quarter — of a perfect season and an MCLA Division II national championship. The Eagles (20-1) led Dayton 6-3 at halftime of the title game but surrendered seven third-quarter goals and ultimately lost 12-11.

Rather than dwell on what could have been, though, head coach Ryan Brent is looking forward. The Eagles enter 2016 ranked No. 2 in the Under Armour MCLA coaches poll — behind Dayton, of course — and have high hopes for another run to the national tournament in May.

Coach Brent shared his thoughts on the 2016 Eagles:

Expectations are high this season, as they always are at Concordia. We graduated some all-time great players after last season’s run, and we are very excited to see what this new group brings to the table. Our guys are extremely focused on their ultimate goal, and it shows in the way we prepare and execute in practices. Looking forward to a fun season.

… we continue to take steps forward as a program on and off the field. We achieved the most success in our program’s young history last year, and our expectations are that we will continue that legacy and build upon it.
— Ryan Brent, Concordia head coach

All but five players listed on the 26-man Concordia roster come from Southern California high schools, including 16 from Orange County.