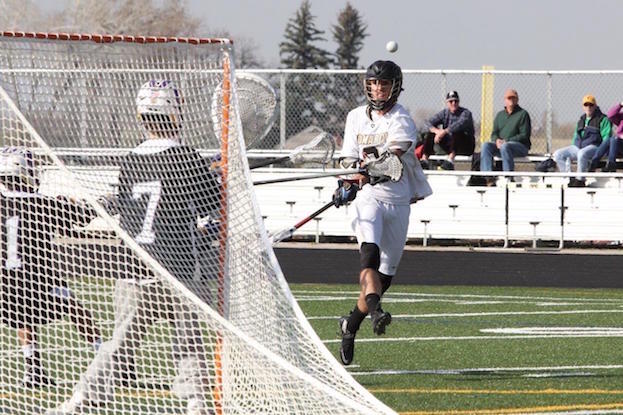 #8 Combine upset #5 Monarch in a possible playoff preview Wednesday afternoon.  Jackson Rose of Monarch scored the first goal of the game but the Rebels quickly answered back with 4 unanswered goals.  Both teams traded scores back and forth for most of the first half to end it with a 5-4 Columbine lead.  Chad Kreutzer and Jackson Rose teamed up again to start the second half and tie the score at 5-5 early in the 3rd quarter.  It was a tight contest for the rest of the third quarter with each team only able to score two goals in the quarter to end it at 7-6 Columbine.  The Rebels took over in the forth quarter and took a early 3 goal lead.  The Coyotes managed to cut to the lead to 2 with a little less than 8 minutes left in the game before the Rebels went on a scoring spree to take a five goal lead late into the 4th quarter.  Rose capped off his hat trick for the Coyotes with 33 seconds left.  This game was a good warm up for the playoffs which start in a little over a week.

Previous articlePoway Chips Away to Top Westview, 6-4
Next articleNorthwood Shuts Down Woodbridge to Stay in Playoff Contention
MaxLaxAll Lacrosse. All the Time.
Southern Section Boys