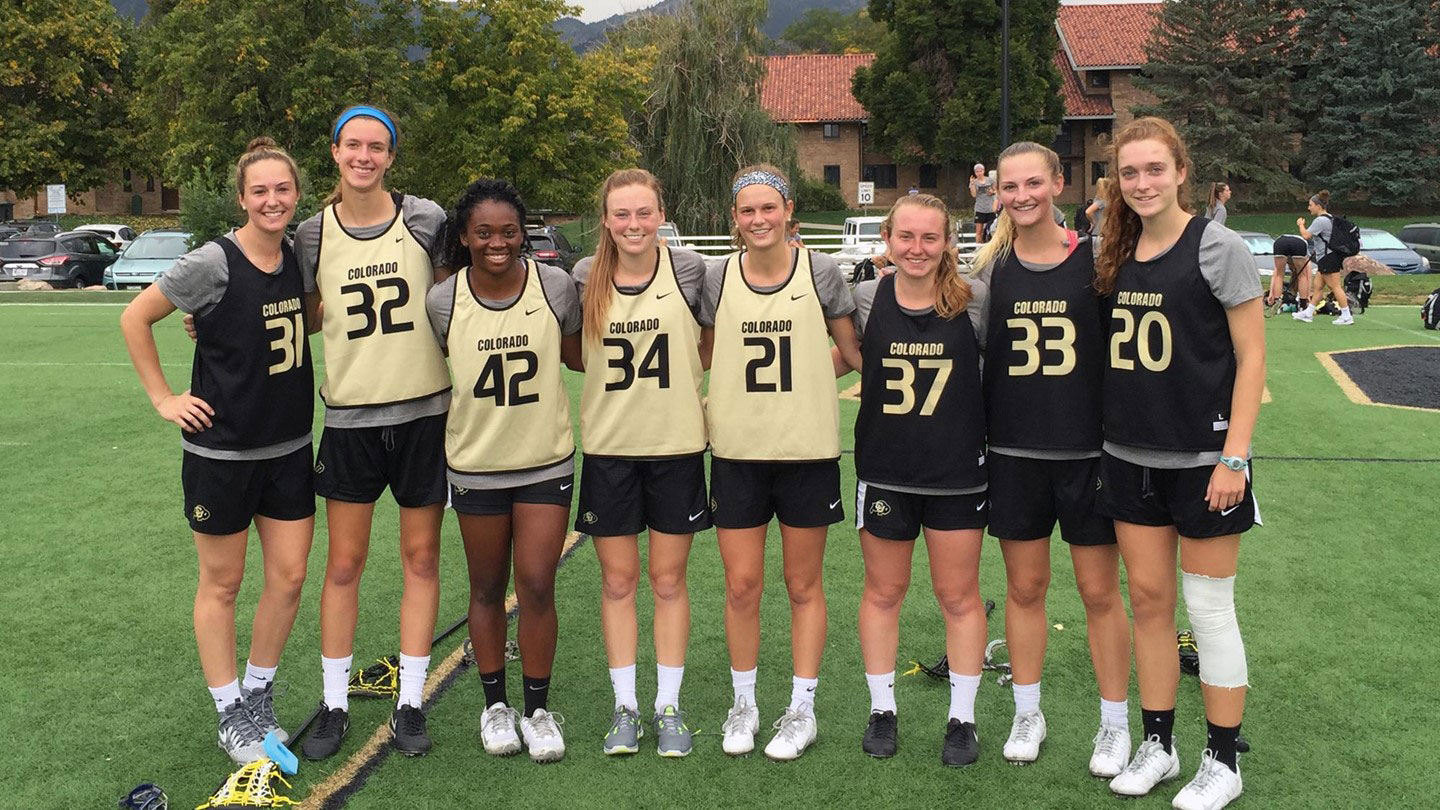 “I am really excited to welcome the class of 2020 to our lacrosse family,” head coach Ann Elliott said in the press release. “From top to bottom, this class is filled with speed and athleticism, two characteristics we have built our program on. This class is extremely hardworking and determined to get better every day. We are very excited about the versatility and depth, especially in the midfield, this class brings to our program and we are looking forward to watching them develop and have an immediate impact on our program.”

The Buffs finished 2016 with a 13-5 record.  They made it to the second round of the Mountain Pacific Sports Federation tournament before bowing out to Stanford.

Bios for Shells, Sutherland and the other new Buffs are presented below.

Dominique Shells was a four-year letter winner at Valor Christian. She was a two-time all-league selection, scoring 30 goals as a senior and leading her team in draw control percentage three years. As a senior she earned the Wendy’s Heisman High School Female Athlete Award and she also lettered in softball.

Holly Sutherland was a three-year letter winner at Cherry Creek, where she played with current Buffs Tori Link, Caroline Perry and Blair Sisk. She led Cherry Creek to the state tournament all four years, including a championship in 2013. She also earned all-league honors as a junior.

Anna Collawn was a five-year letter winner and three-time all-state performer at Ravenscroft High School (NC), where she was teammates for with current Buff Olivia Aschman. Collawn and Aschman led Ravenscroft to a state championship in 2012. Collawn is an excellent all-around athlete, lettering five years and earning all-state honors three times in field hockey, and also lettering one season in basketball.

“I am excited to welcome Anna into our lacrosse family. A teammate of Olivia Aschman in high school, we feel very lucky to have gotten to meet Anna in the recruiting process and get to know her. Anna is a strong athlete with great vision and a great stick. Anna can play offense, defense and midfield and we are excited about what her versatility will bring to our program.”

Audrey Kingdom was a three-year letterwinner as a senior at New Trier Township High School (IL), the same school as senior Claire McCain. A first-team all-state selection, Kingdom led New Trier to a 59-5 record during those three seasons. She was also an all-academic honoree all three seasons. Her father Scott played quarterback at CU in 1980 and threw for 619 yards that season.

“Audrey has strong ties to the University of Colorado and we are so excited to welcome her and her family into our lacrosse family. Audrey is a tremendous athlete and has great breakaway speed through the midfield. Audrey is the type of player that will do anything on the field and is a workhorse. We are excited about the depth Audrey will add to our midfield.”

Jen Mistretta was a four-year letter winner at Immaculate Heart Academy (NY) . As a defender, she earned all-country honors three times and was a first-team all-league selection as a senior, while also serving as a team captain. She helped Immaculate Heart to a runner-up finish in the county as a freshman, sophomore and senior.

“I am excited to add Jen to our lacrosse family. Jen has a strong presence on the field, especially on the defensive end given her strength and size, and has great speed in the midfield. Jen will add depth to our midfield and we are looking forward to her continued growth at the college level.”

Bridget Mitchell  was a four-year letter winner at Shaker Heights High School (OH). She was an all-district selection as a junior and senior, while serving as a two-year team captain. She voted team MVP as a senior and top defender as a sophomore. She also lettered two years in field hockey and two years in soccer.

“I am excited to welcome Bridget to our lacrosse family. Coming from my hometown, Shaker Heights, Ohio, I was able to really get to know Bridget as a player and person during the recruiting process. Her athleticism, work ethic and sheer drive to get better every day truly fits with our program’s values and vision. Bridget has the speed and work ethic of a midfielder and we are excited about the depth she brings to our program.”

Annika Nissen was a three-year letter winner and four-year varsity participant at Moorestown High School (NJ), leading the team to three state championships and a sectional championship four times. As a senior, she was named second-team all-state and was a team captain. She is also an excellent student, graduating with honors and being named a U.S. Lacrosse academic All-American as a junior. She also lettered four years in a soccer.

“Annika comes from one of the best high school programs in the country and you can tell based on her lacrosse IQ. Annika has a great sense for the game on both ends of the field and has speed and athleticism through the midfield. We are excited about the depth she adds to our midfield.”

Elinor Wolf was a five-year letter winner in lacrosse, field hockey, cross country and track at Kentucky Country Day School (KY). In lacrosse she earned All-America, All-State and defender of the year honors and led Kentucky Country Day to the state tournament four times, winning championships in 2015 and 2016.

“Elinor is a competitor. She plays hard every play and that is what initially drew me to her in the recruiting process. Elinor has great speed and athleticism and she will have a big impact on our defensive end and our transition.”