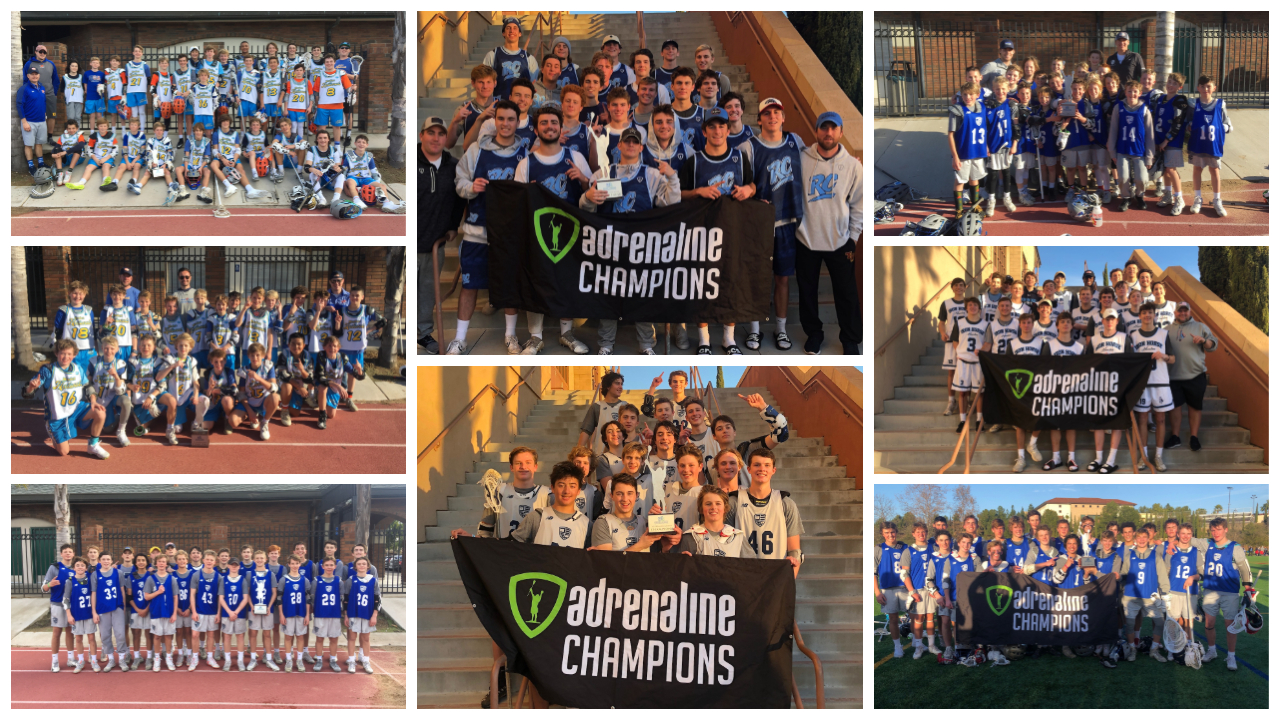 Local favorites RC captured the marquee boys’ 2019 championship at the Adrenaline Challenge on Sunday. Beyond that, however, the day belonged to the out-of-towners.

RC Locks Down the 2019 Championship

Ironhorse HTX Show They Know How to Win the Close Ones

Ironhorse HTX battled their way to the 2020 championship game with three one-goal wins on Sunday. The boys from Texas began Sunday with a 4-3 win over the Alcatraz Outlaws, and then stole home-field advantage from the SoCal Bulls and RC Carolina with a pair of 2-1 wins.

Denver Elite got through a gauntlet of teams from up and down the west coast on Sunday to earn the 2021 championship. The day began with a 3-2 win over Seattle Starz before closing out the ‘ship by winning a pair of nail biters over 3d Oregon and ADVNC SF, respectively.

Denver Elite 2022 replicated the efforts of their older brethren by marching through Seattle Starz, ADVNC SF, and Oregon Starz en route to a championship.

Denver Domination Continues in the 2023 Bracket

Denver Elite continued to flex their muscles in the 2023 bracket. After dropping SoCal Express 5-0 in the semi-finals, the 2023s took down Mad Dog West 5-2 in the championship game.

The MadLax National Stripes broke the Denver Elite run of championships by scratching out a 2-1 win in the 2024 championship game.

Its MadLax over Mad Dog in 2025 Championship Game

Things got a little mad in the 2025 championship game as MadLax defeated Mad Dog West 5-2.

Denver is Elite in 2026 Division

Denver Elite topped the Kings 6-5 in an overtime thriller to claim the 2026 championship and to make a statement that the future of Colorado lacrosse is on firm footing.