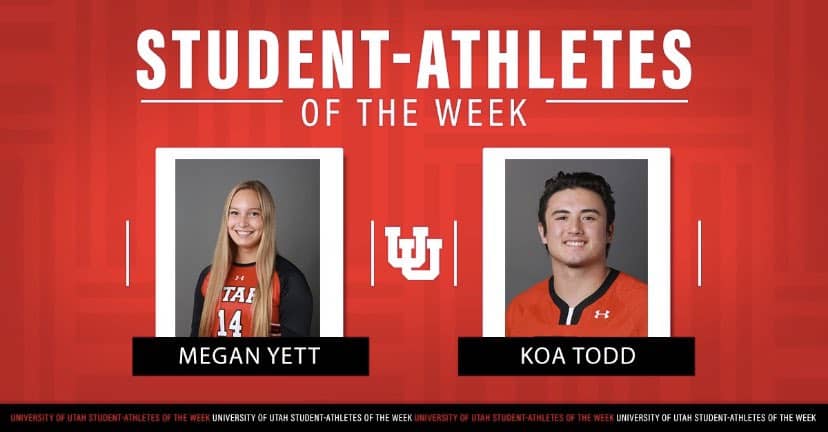 Koa Todd (St. Margaret’s ’19) received student-athlete of the week honors at the University of Utah. Todd has appeared in four games this season. Reuben Santana (Santiago, 18) has started six games for the Utes and scored 2g. Tyler Bradbury (Oak Park, ’19) has appeared in four games including a start against Air Force. Branden Wilson (San Clemente ’18) has started five games and has 5g, 1a on the season.

AJ Switzer (Trabuco Hills, 19) had a pair of hat tricks this week to help the Colorado Mesa Mavericks run their perfect record to 7-0. fueled in large part by Southern Californians. Two other former Mavericks also chipped in. Holden Evans scored a goal against Rockhurst on Sunday. Colin Seedorf was 4/7 at the dot over the two games the Mavericks played this week.

Tufts senior Nick Shanks (St. Margaret’s ’16) is starting at midfield and has helped the Jumbos to a 3-0 start with 3 goals and 3 assists in each of the 3 games. Joe Theuer (Loyola ’17) has five saves in each of the three games and Aiden Hesse (Loyola ’18) is 18/33 at the dot with an assist and 14 groundballs.

Dartmouth senior defenseman James Sullivan (Westlake, ’16) started in Dartmouths win over UMass Lowell on Saturday and had 2 gbs. Mitch Myers (St. John Bosco ’19) was 11/18 at the dot with 8 gbs.

Andrew Maita (St. Margaret’s ’18) has appeared in all five games for Washington and Lee and has 4 gbs to his credit.

Mackenzie Wallevand (Mater Dei ’17) helped Denver improve to 5-0 with with a goal against Fresno State on Thursday and another one against Fairfield on Sunday. Wallevand has appeared in all five games this season.

Tess Keiser (Mater Dei ’19) has appeared in seven games for Arizona State. She scored her third goal of the season against Cal. Kylie Kroeger (Mission Bay ’17) has 3g, 6a points for the Sun Devils this season

Connor Reed (Aliso Niguel ’16) made the Warrior Honor Roll for picking up 19 groundballs in two games.

Concordia goalie Tyler Schweikert (Beckman ’17) earned MCLA Division I PEARL Goalie of the Week honors for the period ending Feb. 23 after rejecting 33 shots at a 68.8 save percentage in two games against Clemson and UCSB.