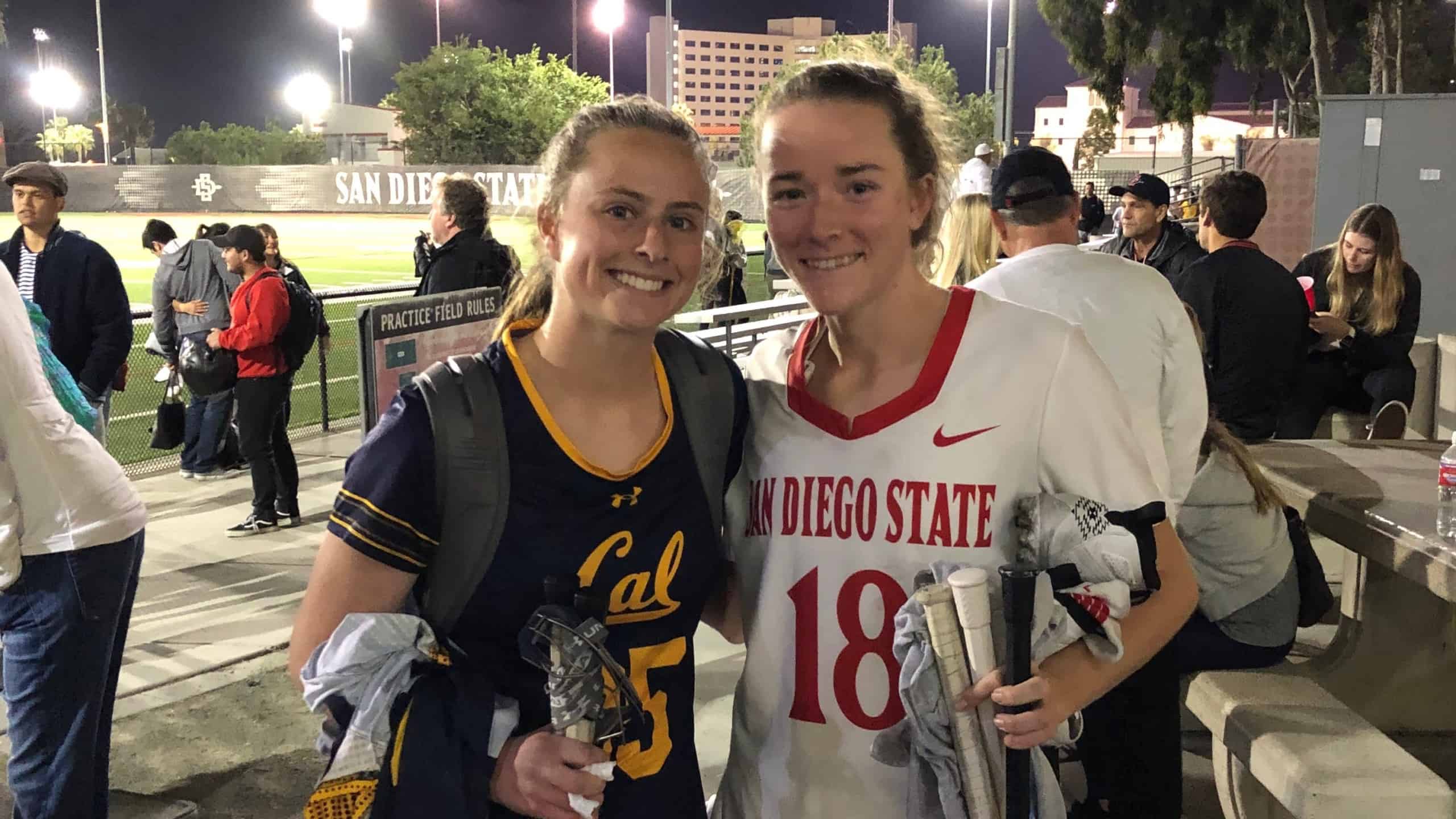 Zac Asbury (Thousand Oaks ’17) is averaging over six points per game for Southwestern University. Asbury’s 9 goals and 10 assists have helped the Pirates to a 3-0 start. Asbury was the 2019 Southern Collegiate Athletic Conference (SCAC) Offensive Player of the Year and was named the Southern Collegiate Athletic Conference (SCAC) Play of the Week earlier this season.

The Colorado Mesa Mavericks are off to a 5-0 start, fueled in large part by Southern Californians. See our feature article for details.

Tufts senior Nick Shanks (St. Margaret’s ’16) started at midfield and began the season with a game-high seven points (3g, 4a) in Saturday’s win over Colby. Shanks is a Pre-Season All-American. Joe Theuer (Loyola ’17) had five saves and Aiden Hesse (Loyola ’18 was 7/12) at the dot.

A trio of San Diegans are making regular contributions for Michigan. Peter Hollens (Torrey Pines ’14), Freshman Oliver Mirer (Cathedral Catholic ’19), and senior Christian Ford (Bishop’s ’16) have all appeared in five games for the Wolverines. Hollens continues to impress in his post-MCLA career at Michigan and has recorded two caused turnovers. Mirer has 3gb and 3 cto to his credit, Ford has 4g, 1a, 3 gb.

Ford’s brother, Jonathon Ford is a freshman at Notre Dame where he has played in one game in which he picked up two groundballs.

Dartmouth senior defenseman James Sullivan (Westlake, ’16) started in Dartmouths win over UMass Lowell on Saturday and had 2 gbs. Mitch Myers (St. John Bosco ’19) was 11/18 at the dot with 8 gbs.

Anthony Demaio (Coronado ’16) raised his season point total to 19 in five games with a goal against Notre Dame.

Ellis Geis (Foothill ’18) had an assist in Denver’s 15-13 loss to North Carolina on Saturday.

Andrew Maita (St. Margaret’s ’18) has appeared in all three games for Washington and Lee.

Jason Brewster (Valley Center ’16) had 2gb and 1 cto in UMBC’s 13-6 win over Sacred Heart on Saturday. Justin Barragan (Great Oak ’17) had 1 gb and Nick Doyle (Cathedral Catholic ’17 had 2 gb for the Retrievers.

Isiah Dawson (Bishop’s ’18) and Beau Botkiss (Torrey Pines ’16) were in Harvard’s starting lineup against Albany on Saturday. Dawson had 2 gb, Botkiss had 1gb and 1 cto.

Andy Shin (St. Margaret’s ’18) took some timeout from his mechanical engineering studies at MIT to knock in a pair of goals against Rensselaer on Saturday.

Adena Rothbard (Newport Harbor ’18) had a groundball while playing for the University of New Hampshire against Fairfield on Saturday.

Maddie Barkate (St. Margaret’s ’19) started in the midfield and scored a goal and an assist in Harvard’s loss to Cornell on Friday.

Niki Miles (St. Margaret’s ’19) drew her fourth consecutive start for Penn on Friday and scored a goal against Yale.

Connor Reed (Aliso Niguel ’16) made the Warrior Honor Roll for picking up 19 groundballs in two games.

Concordia goalie Tyler Schweikert (Beckman ’17) earned MCLA Division I PEARL Goalie of the Week honors for the period ending Feb. 23 after rejecting 33 shots at a 68.8 save percentage in two games against Clemson and UCSB.