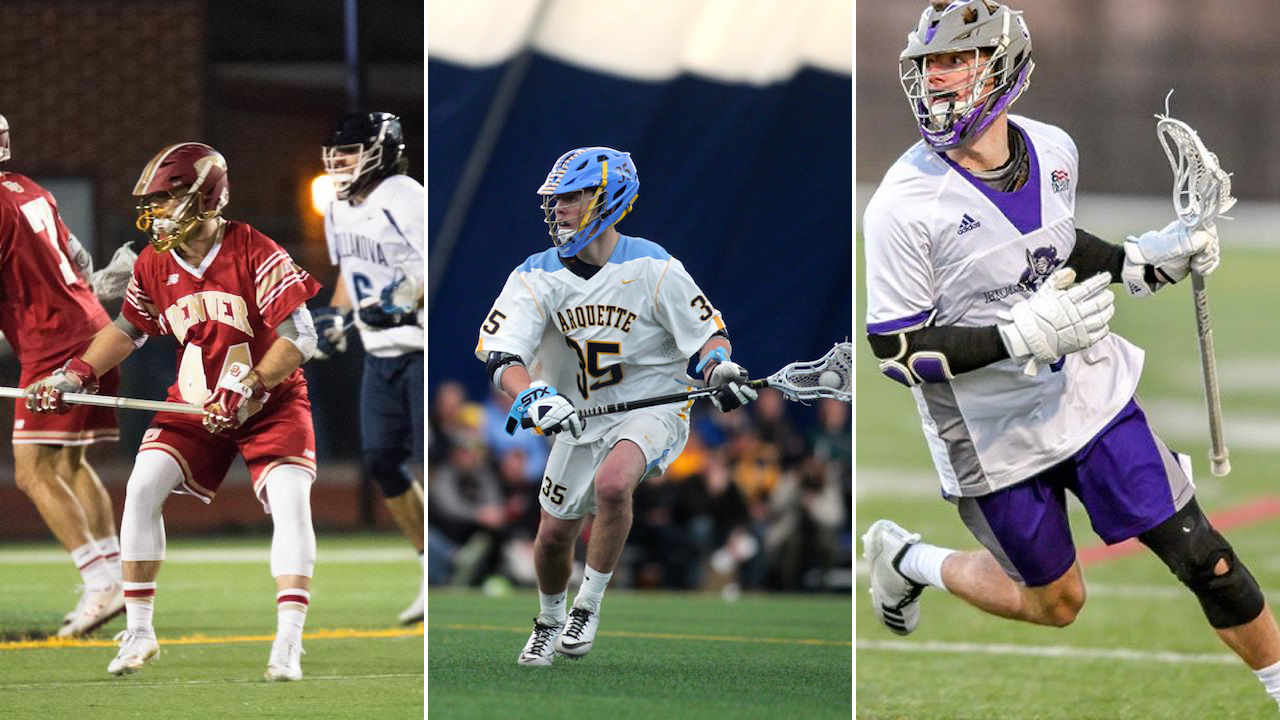 Five goal performances by Holy Cross junior Kevin Kodzis (Foothill) and Marquette junior Peter Henkhaus (Palos Verdes) were just two of the highlights in what may have been the most prolific week yet for Southern Californians at the next level.

Kodzis’ big day came on Tuesday when he led all scorers with a career-high seven points (5g, 2a) against Lowell on Tuesday.

Jason Simaan (Corona del Mar) was 13/22 at the dot in Brown’s loss to Stony Brook on Saturday.

Ellis Geis (Foothill) had a seven point weekend with 3g on Saturday and a 2g, 2a outing on Sunday.  Brett Greenlee (Corona del Mar) started at defense in both games recovering two groundballs and causing three turnovers.

Branden Wilson (San Clemente) scored a goal for the Utah on Saturday. Ruben Santana (Santiago) got the start at defense on Sunday for the Utes.

Drexel redshirt sophomore John VanSickle (Mira Costa) played the first half between the pipes in the Dragons’ double overtime win over Michigan on Tuesday.

James Yanes (JSerra) had a goal and an assist for Hofstra in Saturday’s 10-9 loss to Villanova.

The La Costa Canyon tandem of Jake Maclean (1g, 1gb) and Andrew Beacham (1a) helped Towson to a 14-8 win over Georgetown on Saturday.

Anthony DeMaio (Coronado) scored a goal while starting for Maryland at attack in Saturday’s 14-9 win over Navy.