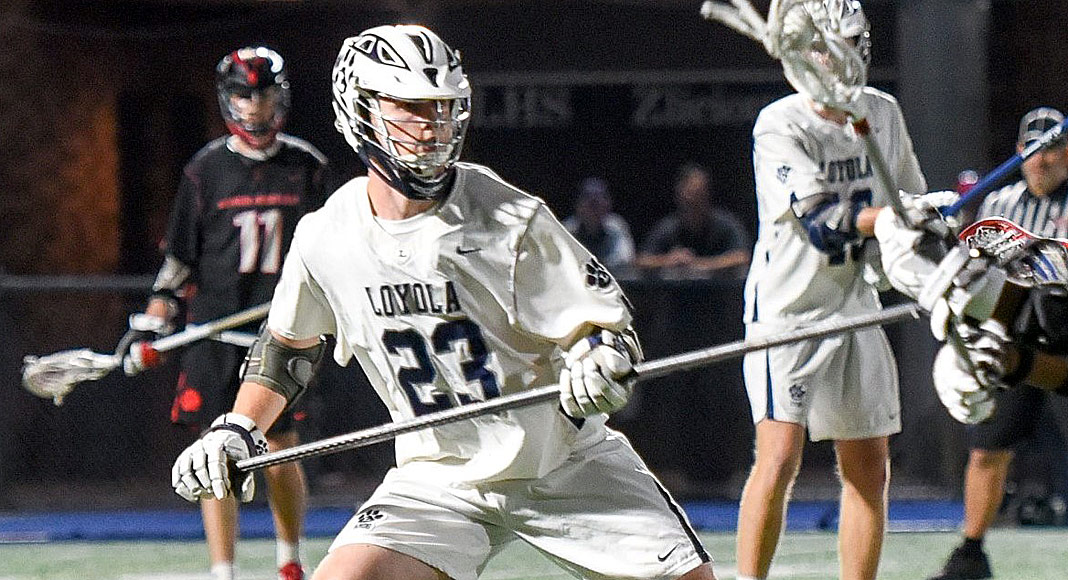 “I knew from the beginning of my recruiting process that I wanted to play D-III lacrosse at a top-tier academic institution,” Hawkins said via text message. “I want to go into business, so Trinity’s strong economics program and great alumni network definitely influenced my decision. Trinity is also doing a complete overhaul of their program to become a more competitive team in the NESCAC, which is really exciting.”

Hawkins will join a handful of other Loyola alumni in the NESCAC, including Sean Smith (Connecticut College) and Joe Theuer and Aidan Hesse (Tufts). He also will join current Cubs senior teammate Kaiser Fry on the Trinity roster.

“I’ve been playing lacrosse with Kaiser since sixth grade,” Colin Hawkins said, “so I’m definitely pumped about going there with him.”

In fact, Hawkins said he had a number of other NESCAC schools on his final list before making his decision this week.

“Prior to committing to Trinity, I was looking at Williams, Swarthmore, Babson, Tufts and Bowdoin,” he said. “They are all amazing schools, but ultimately I had to go with the one that was the best fit for me.”

After largely playing behind a strong group of senior defenders his first two years, Hawkins broke out as a junior in an all-new defensive starting lineup that helped Loyola to its third consecutive US Lacrosse Southern Section championship. In the offseason, he has played with the LA Heat, Legends and the LA Cobras.

“I want to thank Jimmy Borell, Ian Mills, Scott Hochstadt and Brett Tietjen for coaching me throughout my lacrosse career so far and getting me to where I am today,” Hawkins said.