Cole Boland Is A Greyhound 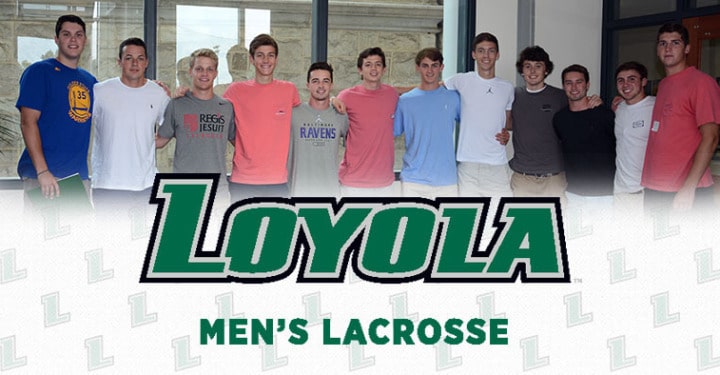 Boland will wear no. 1 at Loyola His bio on the team website reads as follows:

Before Loyola: Was a four-year letter-winner in lacrosse at Regis Jesuit High School in Aurora, Colorado… Scored 47 goals and assisted on 31 during his career… Earned All-League First Team honors as a senior in addition to All-State Second Team recognition… Was a four-time All-League performer after picking up second team laurels in his first three seasons… Helped Regis Jesuit win the state title in 2014 and 2016… The team was also runners-up in 2015… Tallied 25 goals and 10 assists to go with 30 ground balls as a senior in 2016… Also lettered in football as a sophomore… Played club lacrosse for 3d Lacrosse… Named an Adrenaline All-American in 2016.

Personal: Cole Luke Boland… Son of Nancy and Luke Boland… Has two siblings, Kiley and Claire… Logged 75 hours of community service as a high school student… Served as a student teacher at an elementary school for four weeks.