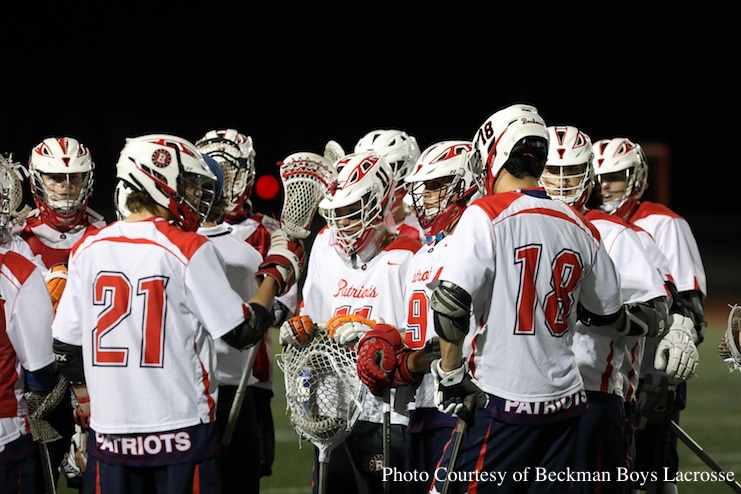 Beckman boys lacrosse defeated Marina 10-3 on Thursday to improve to 2-2. The Vikings could not find an answer for the unselfish Patriots’ offense that produced six-goal scorers in the game. Max Cody kept the offense primed by giving his teammates possession on 13 of the 17 faceoffs he took.

Beckman’s defense was led by Justin Cheng with 9 groundballs and 4 takeaways. Josh Carter had 2 gb’s and 1 takeaway, and Brandon Chung had 2 takeaways. Goalie Tyler Schweickert had 5 saves between the pipes.

Coach Matt Cannone said “It was a great response today from our boys. We wanted to get back on track offensively and defensively. Winning faceoffs and ground balls were key in today’s win. It was another great game between the pipes for Tyler Schweickert with 5 saves”.