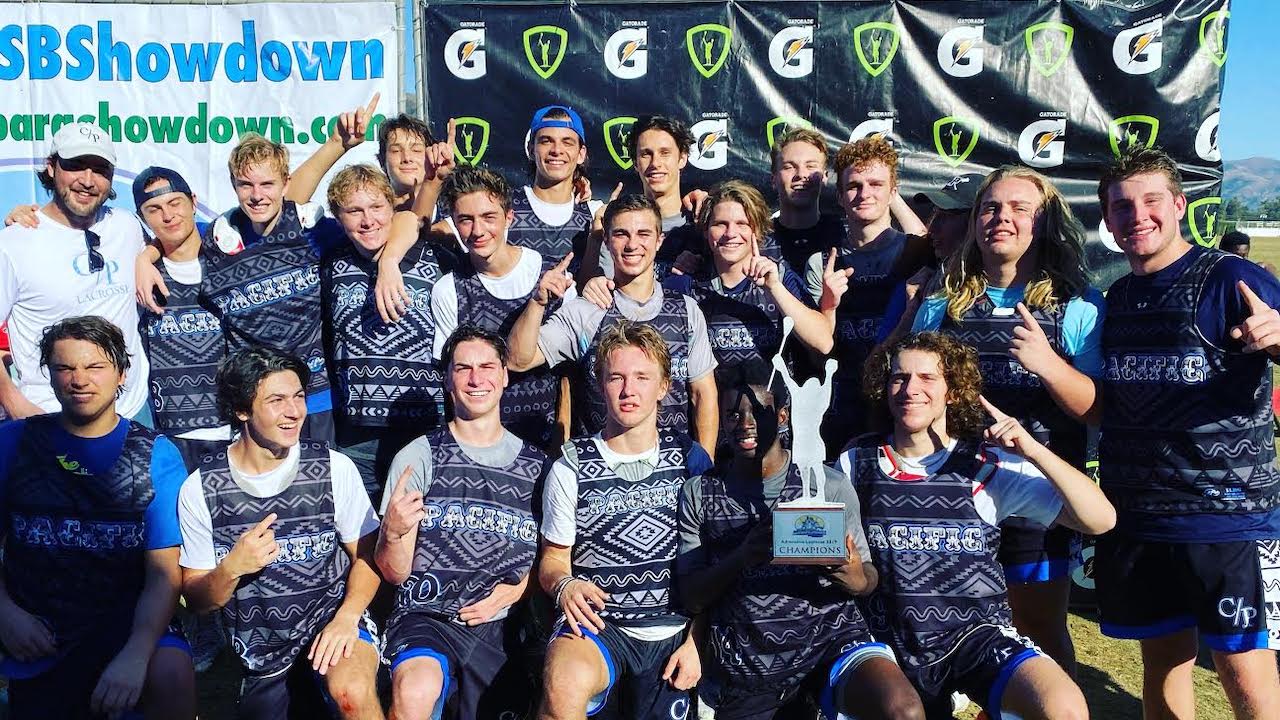 Championship games haven’t always been kind to Coach Kevin Donovan and Club Pacific. In their first nine tournaments as a club, CP finished in second place six times and in the top five eight times ( including Denver Shootout  & Sandstorm).

“It’s not always easy to win the championship, but we are very proud of all our success in western region in such a short period of time,” Donovan said. “It’s also not easy to always make championship games or finish top five in almost all our tournaments, but it’s nice to finally get the championship we all have been working towards as a family.”

“ Vegas was a very aggressive and chippy team, so our defense had to be physical and play smart,” said Cloutier after the championship game. “We really jelled as a team, but it helps when we play together so much at Chaminade and club with Coach Donovan.”

On the offensive side, Grant Wilson ’21 (Palisades / Sting), who impressed with his play on plays on both ends of the field, finished the weekend eight points (3g, 5a).

“After being an original (Club Pacific) member as a rising sophomore and finishing second place so many times, it was a long time coming and I couldn’t be more proud to play with this group,” Wilson said. “I love our players and culture at Club Pacific, excited for the future and to keep building this family.”

“Club Pacific is my baby and the players are my family, said Donovan. “All these families took a leap faith joining a new program we created and I couldn’t be happier for them. I wish we could have done it with our 2018 -19 alumni group who were the first to join but it was really amazing, emotional, to receive so many texts, calls and emails from past players.”

Club Pacific will look to continue its championship run this weekend at the Legends Battle at the Ballon and continue to prepare for Adrenaline OC Fall Brawl, 3d Oceanside Hustle and Legends National Cup to close out the Fall / Winter 2019 season.