Club Pacific goes back 2 back 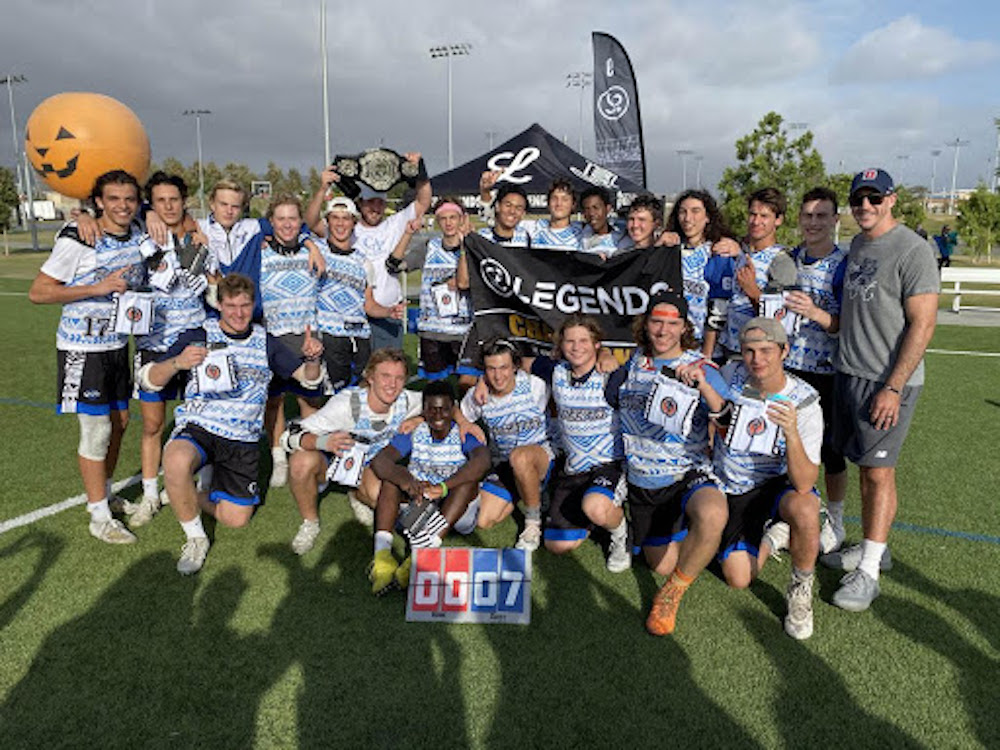 After finally winning their first program championship at the SB Showdown two weeks prior, Club Pacific and Coach Donovan decided they like first place and kept the momentum going by winning the HS Elite Division at Legends Battle at the Balloon in Irvine, CA. Club Pacific went 4-0-1 and clinched their second consecutive crown in dominant fashion with a 7-0 win over OC Crush in the championship game.

As was the case in Santa Barbara, C/P was lead by another dominant defensive performance. After allowing an average of just four goals per game in their first three tilts, the Club Pacific D decided even that was too generous. The team sealed their back 2 back championships with back 2 back shutouts in the final two games of the tournament.

“OC Crush beat us earlier this summer at Buku Summer Kickoff championship, said Coach Donovan. “They are a tough and talented group. We battled the day before (Saturday), which resulted in a 4-4 tie, which allowed both teams to maintain a path to championship among 10 teams in the division. Both teams knew we would most likely play again, so we prepared to make some adjustments and play our game. Thanks to a little luck, the two best teams were able to meet in the championship in the Sunday finale to settle the score.”

C/P leaned on stellar midfield play and the stingy defense throughout the weekend. The disruptive defensive unit backed by goalies Evan Miner ’21 (Santa Monica)  and Anthony Steel ‘20 ( Chaminade) proved to be too much for the opposition. Miner and Steel combined for an outstanding save percentage of 67% over the course of the tournament.

Club Pacific’s defense is made up of seniors all the way to freshman players in high school. Club Pacific credits its leadership from Jake Cloutier ‘20 ( Chaminade),  Connor Hobbin ‘20 (Palisades) and Ryan Cornelius ‘ 20 (Chaminade), which has allowed the young guns and next generation of top SoCal defensive talent in Dylan Freshman ‘22 ( Chaminade), Ryan Sullivan ‘22 (Westlake) & Nicolas Sidoti ‘22 ( Winward) to thrive under the seniors command.

Although Coach Donovan credits all his players, one player really stepped his game up.

“Taylor Evans ’21 ( Crespi) was a nice surprise,” Donovan said. “He was new to our program and told me he wasn’t his best last tournament in SB. Well, he was right, I thought he really took a big step this weekend and it was fun to watch him feel comfortable and play his game with our core group.”

Jacob Martin ‘20 ( Westlake) was dominant at the face-off X all Saturday, despite dealing with a slight injury from previous games. Fortunately his partner in crime, Milo Sherman ‘20 (Palisades) came to the rescue on Sunday, to create the two headed monster that Club Pacific has relied on since day one according to Coach Donovan. Overall the unit went 79% on face-offs on Sunday, giving their team a clear advantage in possession, along with six points off the face-off.

“Overall, we have a very well rounded team and a group of kids that enjoy our culture,” Donavan said. “We don’t have one superstar or one player that has been with us from a young age. We are a new program that relies on players who want to develop personally, but also want to play for each other… We are also lucky to have defensive mastermind, Steve Lane (Brentwood Head Coach) educate our defenders, which clearly shows is ability to coach.”

Although Club Pacific had an extraordinary defensive exhibition, the offense wasn’t too shabby.  Grant Wilson ‘21 (Palisades), Nino Leone ‘20 (Chaminade) and Jayson Batie ‘21 (Westlake) combined for 21 points together over the course of the weekend.

Club Pacific looks to continue its success this fall and is hoping for a three-peat, but knows there is a target on their back after recent success. Club Pacific will finish up their fall campaign at the Adrenaline OC Fall Brawl Nov 16th & 17th.. Stay tuned!!!