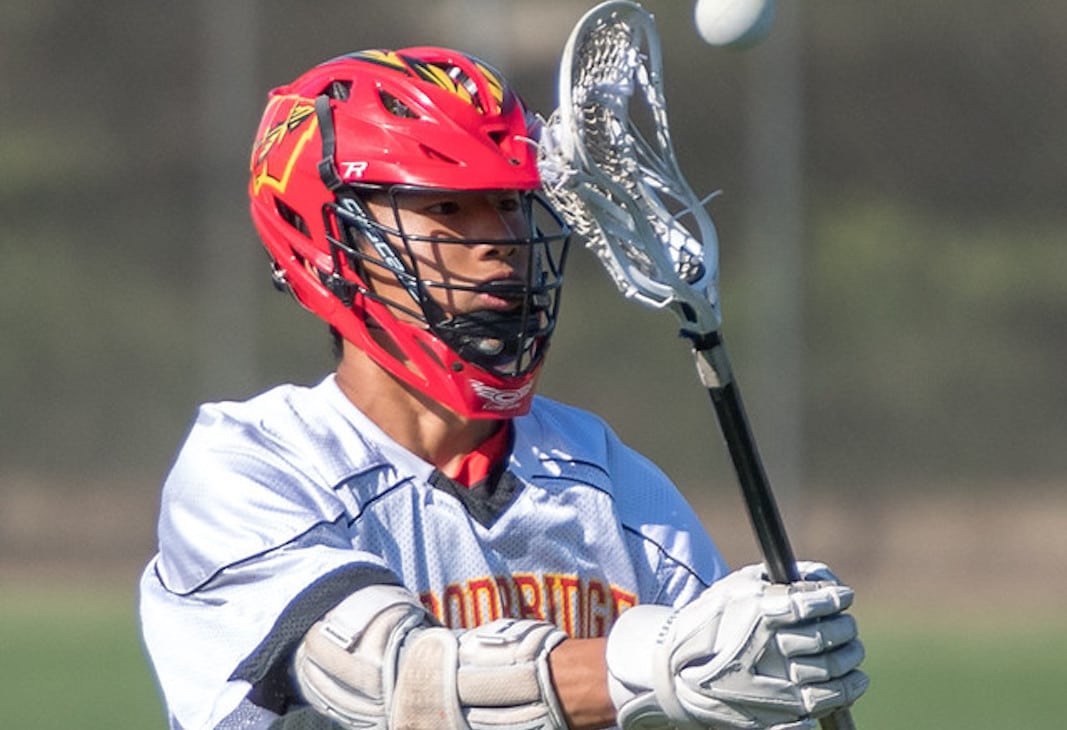 Thanks in large part to a stingy defense and four goals from junior midfielder Matthew Chung, the Woodbridge Warriors are on a four game win streak to start 2018.

Woodbridge reached the four-win mark by defeating San Juan Hills 8-6 on Tuesday behind four goals from Chung and a defense that went into lockdown mode when it mattered most.

With the game tied at 6-6 after three quarters, the Warriors’ defense came up strong, shutting down Stallions’ offense.  The defining moments came when the Warriors were down two men with 2:25 left in the game, and held the Stallions scoreless. Chung put the game out of reach by scoring the only two goals in the final quarter.

The Warriors have yet to give up more than six goals in a game with a paltry average of less than four goals per game.

Paul Tran led off the scoring for Warriors in the first quarter. Parker Haw, Chung and junior attack Nick Krolikowski added a goal each in the second quarter. Midfielder James Harker scored his first goal of the season and  Chung added his second of the night in the third quarter to set up the final 12 minutes.

The Stallions’ offense was led by Mitch Messier and Nick Lagastee with 2 goals each.  Jade Fischbeck and Preston Seeman added one goal each.