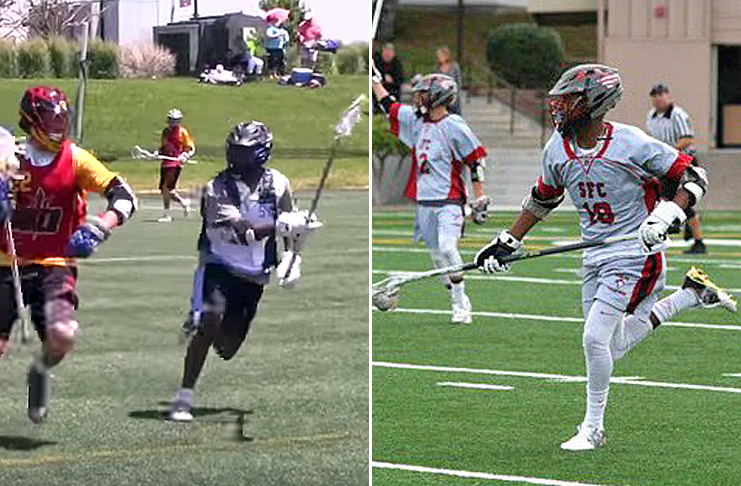 Christian Stallworth, a junior LSM and defender at Santa Fe Christian, announced this week he has committed to play NCAA Division I lacrosse at the University of Detroit Mercy.

“All of my extended family is from Michigan,” Stallworth said by phone Wednesday. “I was born there, my parents are from there. I’d have a lot of support there, if I needed it, and I really liked the defensive coach, Coach [Jeff] Turner, and they’ve been really working on the program, doing a lot of recruiting.”

Blessed to say that I have committed to play Division 1 lacrosse and further my education at the university of Detroit. pic.twitter.com/b6aOMa6exj

The Detroit Titans, who began playing NCAA D-I lacrosse in 2009, are members of the Metro Atlantic Athletic Conference (MAAC), competing against programs such as Manhattan, Siena and Quinnipiac, among others. Detroit was 2-10 overall last spring, and 2-4 in conference. Detroit’s 2016 roster was young, though, with only 16 juniors and seniors compared to 32 freshmen and sophomores.

“I wanted to move back to Michigan, so it was down to Michigan State, Michigan or Detroit,” he said, “and I really wanted to play lacrosse at the highest level, so it really seemed like the perfect opportunity.”

Add to that a highly ranked business school and a good pre-law program, and the decision to leave sunny San Diego for the midwest was easy.

“My biggest thanks go out to my parents and my close friends,” Stallworth said, “like Isaiah Dawson, who told me I could play at the highest level.”

The 5-foot-11, 175-pound Stallworth said he and Dawson, the Bishop’s School midfielder who is committed to Harvard, have played together since middle school. As Stallworth entered his junior year without a Division I offer, he was beginning to wonder if he’d ever get one. Friends like Dawson and other teammates helped him stay positive.

“The support really helped,” he said. “I was starting to doubt, because so many friends were committing, and I thought my opportunities were limited.”

All it takes is one, as the saying goes, and Stallworth wound up getting what he called the perfect opportunity.