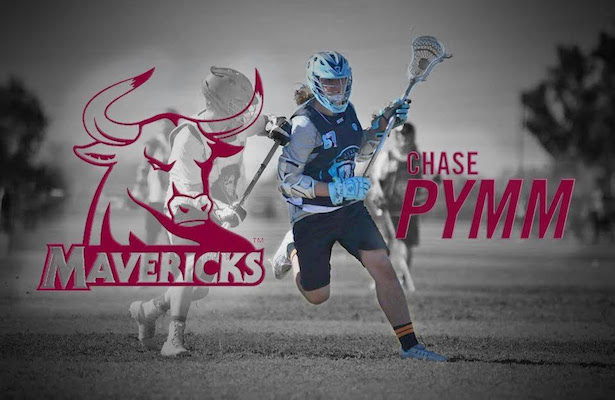 Temecula Valley junior Chase Pymm has verbally committed to play NCAA Division II lacrosse for the Colorado Mesa Mavericks. Pymm will be joining a western program that is climbing the national ranks. The Mavericks enter 2016 ranked a No. 15 in the nation.

Pymm’s 395 Starz coach Paul Morgan says ” Chase has put in so much time and hard work into developing his game over the the course of his lacrosse career.  Chase is special in that he is the first “home grown” 395 Starz player that I have been 100% involved in the entire recruiting process with. I extremely fortunate to have his family continuously support me over the years and throughout this whole process.”

“I’ve coached him since he was a 7th grader and he has always been a “leave it all on the field” type of player. Coach Smith has built an extremely strong program and has been extremely helpful throughout the entire recruiting process and I look forward to potentially sending him more 395 players in the years to come.”

Pymm had this to say about Morgan and the opportunity to play at Colorado Mesa “You’ve helped me out so much over the years. I couldn’t have gone as far as I have without you. I’m super stoked. The school and coaches are a perfect match for me.”