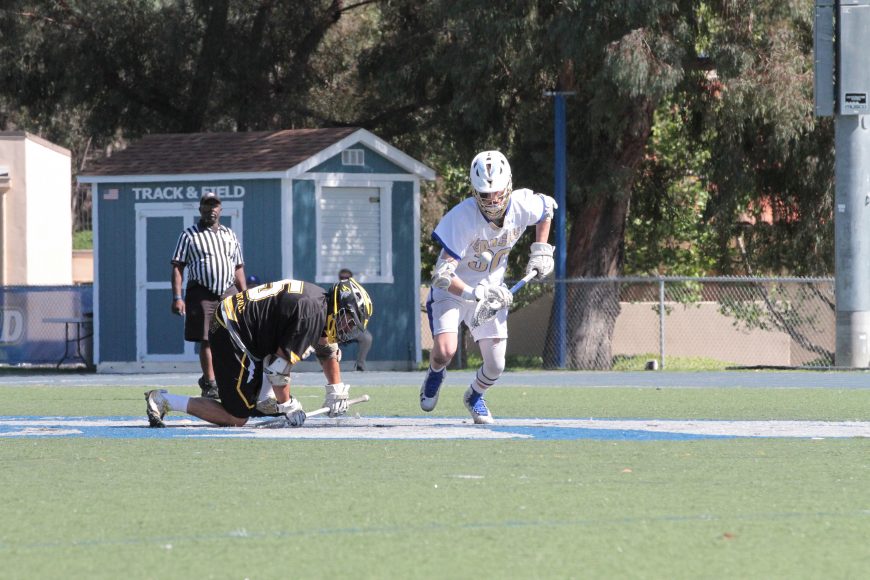 “When I stepped on campus, I felt at home. Denison has an environment in which I can reach my full potential,” Lynch said via text message. “Coach Caravana has built a winning lacrosse program that I am proud to be a part of.”

The Big Red finished 2016 with an 18-2 record. After losing to Roanoke in the second game of the season Denison rode a 17-game win streak all the way to the NCAA quarter-finals. An 11-10 overtime loss to Salisbury left them one goal shy of reaching Championship Weekend.

Lynch emerged as one of the top faceoff middies in Orange County last season, and was a key part to Santa Margarita’s run to the OC semi-finals. He continued to impress this summer with strong performances at California Gold and Big 4 Champions League. Lynch has played club ball for Brady’s National, West Coast Starz National, So Cal Express, & the OC Rebels.

“I am so proud of Chase and his commitment to play Division III lacrosse for Denison University.”, Santa Margarita and SoCal Express coach Adam Guy said by email. “I think Denison and its lacrosse program are a perfect fit for him across the board. Chase has worked tirelessly in the classroom, at the Faceoff X, and in the weight room to get to this point in his playing career. I wish him the best of luck and can’t wait to watch him grow and succeed at the collegiate level.”

“There have been so many people who have helped me on this journey,” Lynch said. I would like to thank God, my family/grandparents, varsity coach Adam Guy, Face Off coach Brendan
Fowler, FOA, FOF, Jono Zissi, Tom Demaio, Joe Nardella and all of my teammates.