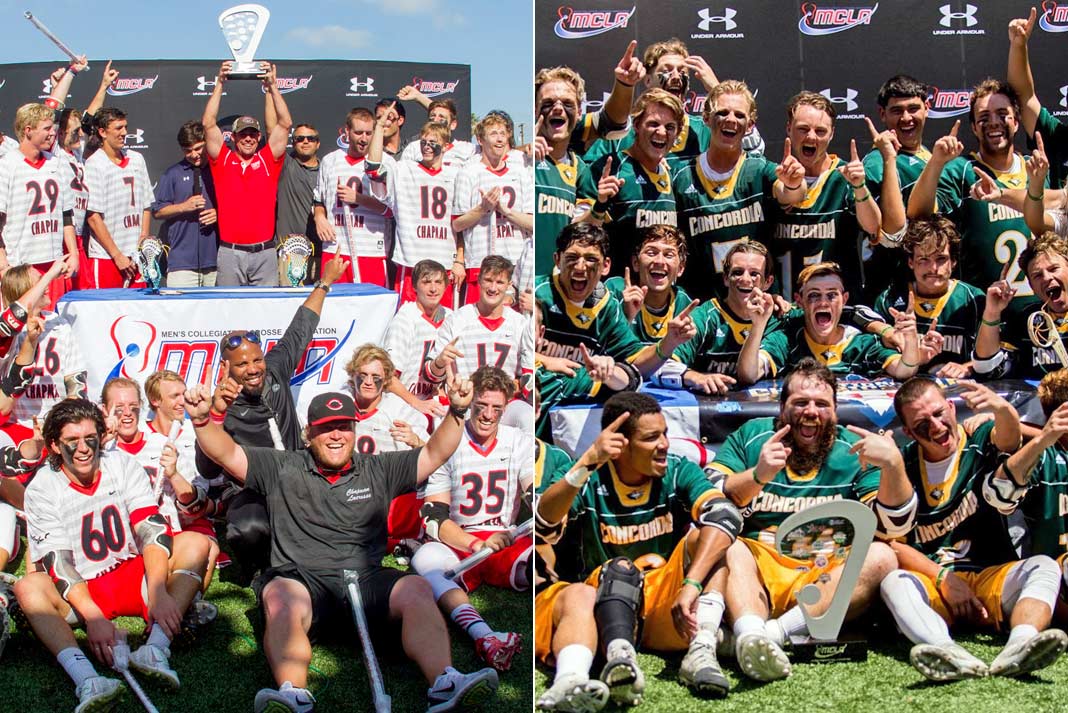 Orange County collegiate powers Chapman and Concordia both were ranked in Inside Lacrosse’s Faceoff Yearbook MCLA Preseason Top 20 released this week. Cal-State Fullerton was ranked in the Division II Top 20.

Concordia, which won the 2017 MCLA Division II national title last spring and is moving up to Division I for 2018, came in at No. 19 in the Faceoff Yearbook preseason rankings.

In Division II, Cal-State Fullerton was ranked No. 9 in the MCLA Preseason Top 20, with Inside Lacrosse referencing goalie Michael Henry as a “difference-maker.”