Chaparral Has No Answer for Choi 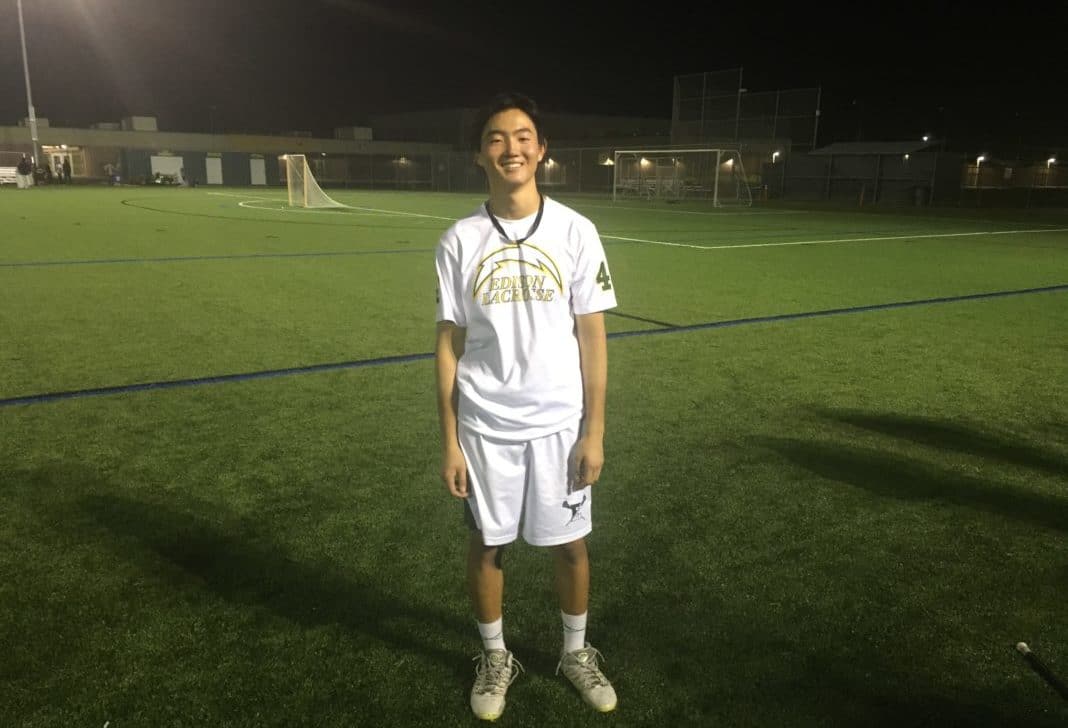 Huntington Beach – Drake Choi scored five goals and assisted on two others to help the Edison’s boys’ lacrosse team halt its two-game losing streak with a 17-8 win over Chaparral on Thursday at Edison High School.

Choi was hardly a one-man show though.  He was just one of 12 different Chargers to score a goal. Dominic Rehak added two goals for Edison, which also got 15 saves from Hunter Whalen.

“He’s [Choi] a mature kid. He grabs water bottles [and] he picks up the groundballs at the end of the games. He’s a leader by example a lot. He’s not that loud, but he certainly is by example,” Edison coach Dieter Nemes said.

For Chaparral, Kyle Dornseif led the way with three goals while Jesse Kindrik added two goals. Chad Lindow, Gabriel Garduno and Scott Schoolmeester each added one goal apiece for the Pumas, who also got 11 saves from Dallin Anderson.

“I think possession was key in tonight’s win. I thought our faceoff guy Nixon Wiltfong did an awesome job and our offense slowed down when we needed to,” Edison co-coach Mike Mueller said.

A strong start also benefited the Chargers to start the game, as they scored the first four goals of the game to take a 4-0 lead into the second quarter. The Pumas didn’t get their first goal of the game until the 9:57 mark of the second quarter. After that goal, the Pumas reeled in two more goals, cutting Edison’s lead down to 4-3

Edison went 15 minutes without scoring but managed to create some separation by scoring the next four goals to give them an 8-3 halftime lead.

“Anytime you can own the ball you can run the game a little better. When you’re always on defense and hoping, then you get too impatient on offense and we just blow the game. Tonight, we got the ball and we settled,” Edison co-coach Nemes said.

Edison (3-2) has a big showdown on Saturday at Aliso Niguel (3-3) at 2 p.m. Nemes and Mueller think that the game might come down to possession time making smart decisions and winning ground balls.

“Our defense played lights out tonight. It would be great to have them again show up on Saturday,” Mueller said.