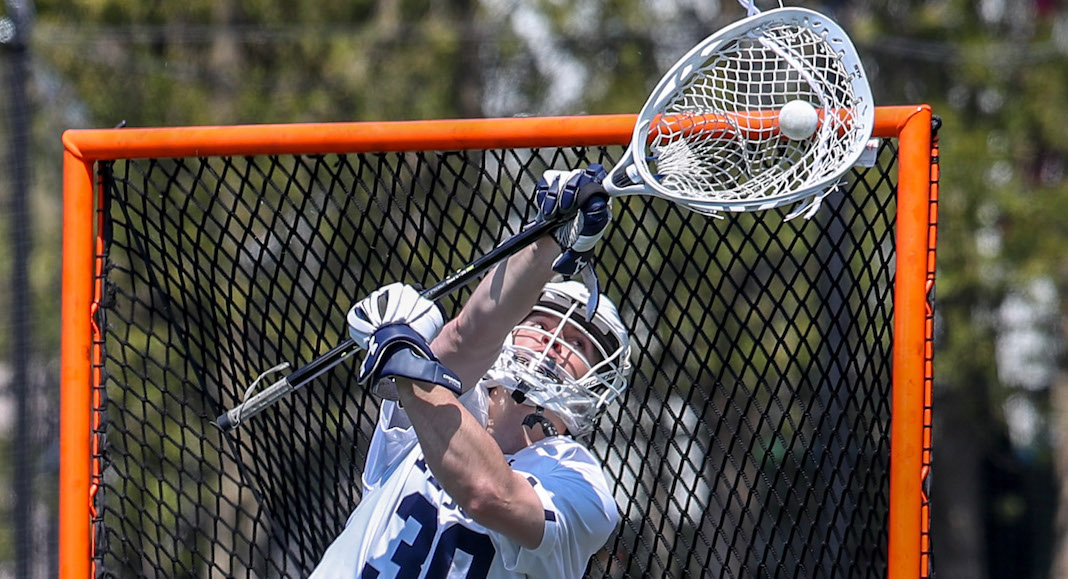 Former Corona del Mar’s all-county goalkeeper Hoyt Crance (2015) and his Yale Bulldog teammates made history Memorial Day weekend when they won their school’s first-ever men’s NCAA Division I lacrosse title, defeating Duke. Crance, a junior, served as a backup most of the season, appearing in four games for Yale this season.

As a freshman, Crance had a breakout year, starting six games and appearing in nine total. MaxLaxOC.com’s Norb Garrett caught up with Hoyt after the record-setting achievement to find out what it feels like to be a champion, his thoughts about juggling academics and sports, and much more.

MaxLaxOC: Hoyt, congrats on helping Yale win the NCAA championship! Can you help us understand how you felt being a part of a championship team?
Hoyt Crance: Thanks Norb, it really was an awesome experience.  Being a part of a national championship team is truly an amazing experience and one that doesn’t come around very often.  Being on this team really showed what it meant to be a good teammate.  Personally, I don’t think we would have achieved what we did without the culture that has been developed at Yale Lacrosse.  Every guy on that team loved each other, and did whatever it took to win.

ML: What was the key to Yale’s run to the Final Four?
HC: I mentioned it in the earlier question, but I think our team culture and love for the game really allowed us to be successful throughout the entire season.  There isn’t a single player at Yale that would want to be play anywhere else, so I think that desire to win with the guys they interact with on a day-to-day basis really helped us make the run that we did.

ML: After losing to Cornell in the Ivy Title game, how did the team refocus?
HC: The Cornell game in the Ivy League Tournament was a tough pill to swallow.  That game really showed us that we were not invincible, and that we needed to fall back on the fundamentals that had guided us through the season up until that point.  By focusing on those fundamentals, we were able to grow and get better as a team, which proved to be the difference maker in the end.

ML: Tell us about this team’s chemistry. What makes it special?
HC: Playing lacrosse at Yale has been one of the most fulfilling things that has happened to me in my life.  Every player on our team has experienced some ups and downs throughout their career, and luckily at Yale we have the luxury of falling back on each other when things go wrong.  Being able to trust your teammates is truly amazing, I think the trust that we developed last season was truly special.

ML: What is your approach to each game? How do you prepare?
HC: Being a back-up at any position can be really tough, but that doesn’t mean you can’t get involved with the upcoming game.  In order to be a successful team, every player needs to understand their worth or value to the team.  Whether you are actually playing in the game or going crazy on the sideline for your teammates, there is always a way to get involved, so being prepared for every type of scenario that comes your way is a crucial part of team success.

ML: How difficult is it to juggle schoolwork and play D1 lacrosse?
HC: Being a Division 1 athlete can be incredibly challenging at times, as the pressure to succeed in the classroom is always there.  Being organized and developing a routine have really helped me succeed in the past few years.  Not only that, but staying relaxed when studying and taking tests is also incredibly important.

ML: How challenging was it being a Californian at an East Coast school?
HC: The only thing that I knew for certain going into my freshman year was that half of my team was from Long Island, so besides that I didn’t really know what to expect.  In addition to being unfamiliar with the people that I was going to be surrounded by, I was also pretty unfamiliar with the weather of the East Coast.  In other words, it was definitely a major challenge trying to adapt to the different culture of the East Coast, but at the end of the day, it was a challenge that was well worth it in the end.

ML: Lacrosse is booming in OC now. What advice would you give to boys and girls here who dream of playing college lacrosse?
HC: I would say that there are plenty of opportunities out there, so when you get a chance to play in front of a coach, be confident and don’t underestimate yourself.  College coaches are looking for athletes who are determined and looking to get better, so demonstrate that to coaches when you have a chance.

ML: Your brother, Hugh, has enjoyed a great career at Notre Dame. How much has it helped you having a brother who was going through a similar experience?HC: Having Hugh in my life has always been great.  Being twins, we pretty much did everything athletically together, which often led to some pretty fierce competitions.  Growing up together, we always knew we wanted to play some type of college sport, so when the opportunity for lacrosse popped up, we knew that we had to drive each other to be the best in order to get recruited to play at the schools we do today.

ML: So, what are your summer plans?
HC: This Summer I have an internship with Standard and Poors in New York City.

All of us here at MaxLax congratulate Hoyt on being part of a D1 national champion lacrosse team and exemplary student-athlete.