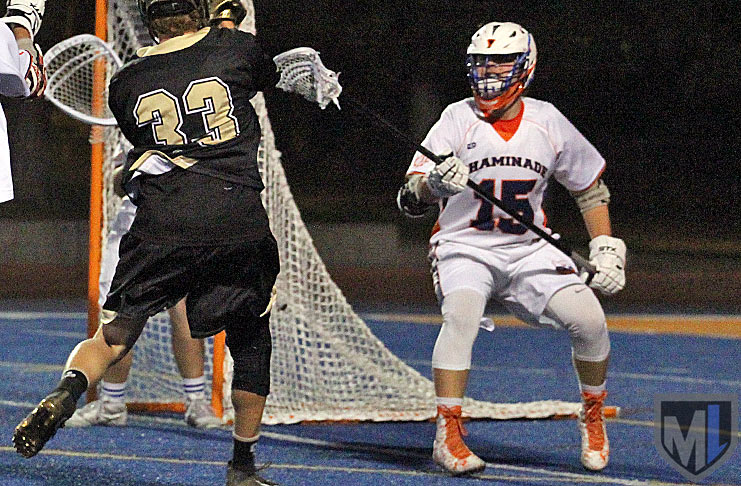 A four-year varsity player, Nelson, also known as “Bear,” switched from defense to attack last season and became a mainstay of the Eagles’ offense.

“He was a bit under the radar last year because of a selfless move that our program drastically needed,” Lane said via email. “After playing defense for the previous five years, Bear moved to attack for us and did very well there. This year, he can now move back to defense full-time, and I have no doubt in my mind that he will be very well known to every team we play.”

Lane said the past year illustrated a huge change in Nelson’s approach to the game.

“I began coaching Bear at Chaminade Middle School,” Lane said, “and over the past six years I have seen him grow tremendously as a lacrosse player and even more as a young man. In the fall of 2016, I saw a switch flip for him like I have never before. He became completely dedicated to his growth on and off the field and to his team. It’s great to see the hard work and fighting through challenges to become a leader has provided him with this NCAA opportunity, and I know he will be a major impact player as he continues towards Albion!”

Albion College plays in the NCAA D-III Michigan Intercollegiate Athletic Association. Last year, the Britons won their third consecutive conference championship, going 7-0 in league play and 15-5 overall. They lost to John Carroll University in the first-round of the NCAA Tournament.

Nelson’s sister, Taylor Nelson (Chaminade ’14), is a senior defender for the Albion women’s lacrosse team. As a junior last spring, Taylor was named her team’s defensive MVP and was a first-team all-MIAA selection for the second time. She recorded 36 draw controls and scored 34 points (23g, 11a) in 14 games. The Britons are coached by former UCLA club coach Shanta Loecker.