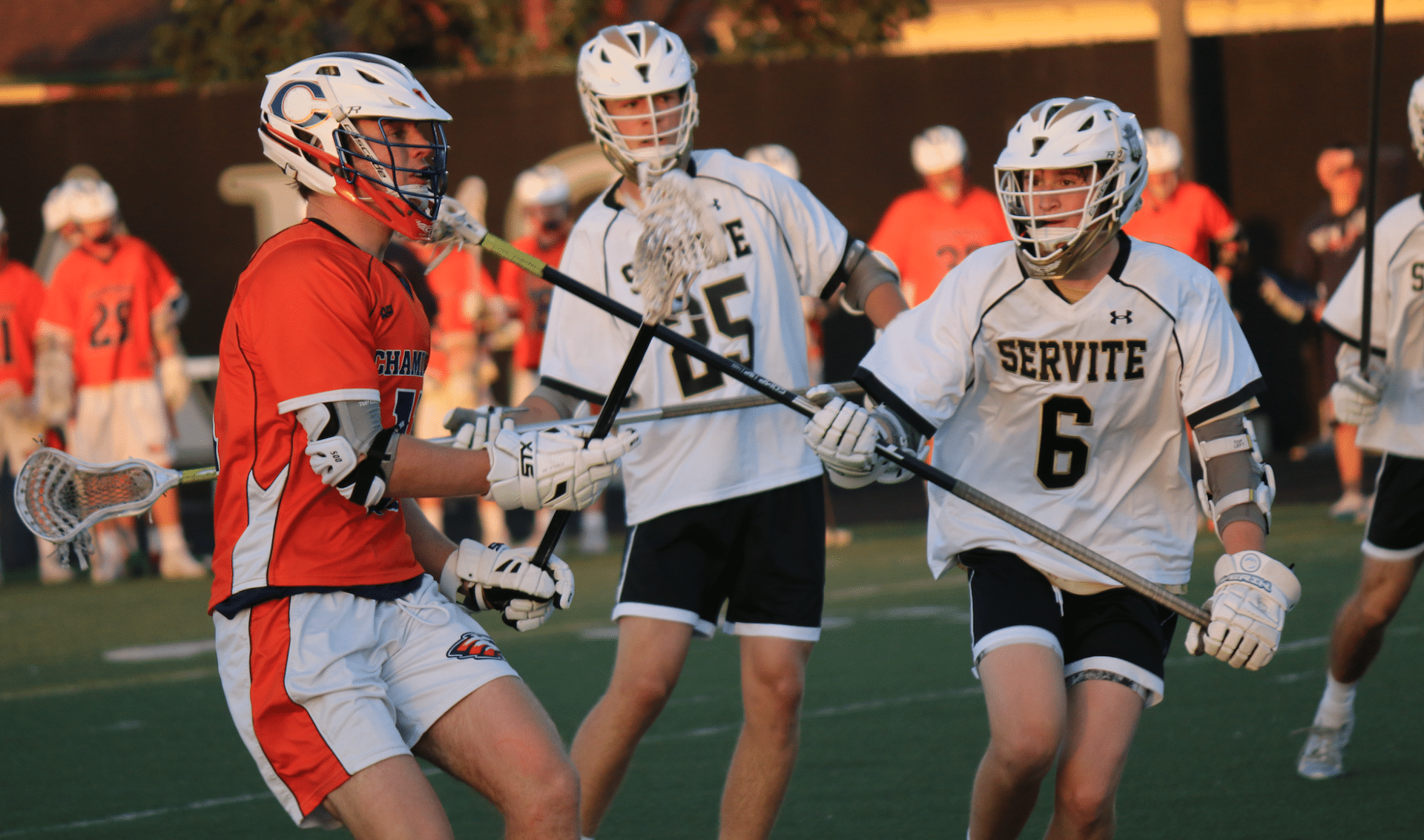 The Chaminade Eagles put together a 7-0 run to open the second half Wednesday, overcoming a lackluster first half and producing a 13-8 victory over the host Servite Friars.

Servite has struggled to find its footing this season due to a tough schedule but was ready to measure up against LA No. 4 Chaminade in a nonleague bout. At first, it seemed the Friars had the Eagles’ number, dictating the tempo and opening up a 6-3 going into the half.

However, the tide turned in the second half as the Eagles came roaring back, scoring seven consecutive goals to take a 9-6 lead heading to the fourth quarter and 10-6 before the Friars finally found the net again with 5:30 to play.

Chaminade head coach Steve Lane lauded the Eagles’ ability to play their best lacrosse when their backs are against the wall, which is something he’s seen them exhibit since Day One.

“This team performs really well under pressure and as underdogs,” Lane said. “While it’s not great being behind a couple goals, that’s usually what lights the fire with this team.”

Lane also said that Chaminade’s defense during the second-half rally was instrumental in getting the Eagles back in the game. Along with keeping the Friars scoreless for more than 15 minutes, the defense forced many turnovers, which allowed the offense to get out and run in transition.

Chaminade’s Owen Larson (3 goals) was one of the main catalysts at the offensive end. His relentlessness, speed and passion helped ignite a much-needed fire within the Eagles, which was ultimately too much for Servite to handle.

Servite won the overall face-off battle, taking 16 of 25 total draws, but Chaminade’s Brandon Brill was much better in the second half and his face-off victories helped fuel the Eagles’ comeback.

In the fourth quarter, after the Eagles had extended their lead to 10-6, Servite’s Cole Brennan scored his third of the game to pull the Friars with three, but Chaminade continued its second-half dominance to pull away. Hayden Rodenbeck, Zach Williams and Parker McGrade also scored for the Friars.

Chaminade improved its record to 7-2, while Servite fell to 3-6.

Despite the win, Lane said his team still needs to iron out some inconsistency issues but hopes the upcoming spring break — after Friday’s game at Santa Fe Christian (La Jolla) — will help them refocus and regroup.

“I know what our team is capable of, but we’re just trying to find the balance of being consistent,” he said. “This break will be good for us just to physically get healthy and then break down a lot of film.”

Servite gets no such break. The Friars will make a spring-break trip to Arizona next week, facing Salpointe Catholic (5-0) on Monday and Notre Dame Prep (8-1) on Wednesday.