No. 9 Chaminade Opens With Ease vs. No. 12 Palisades 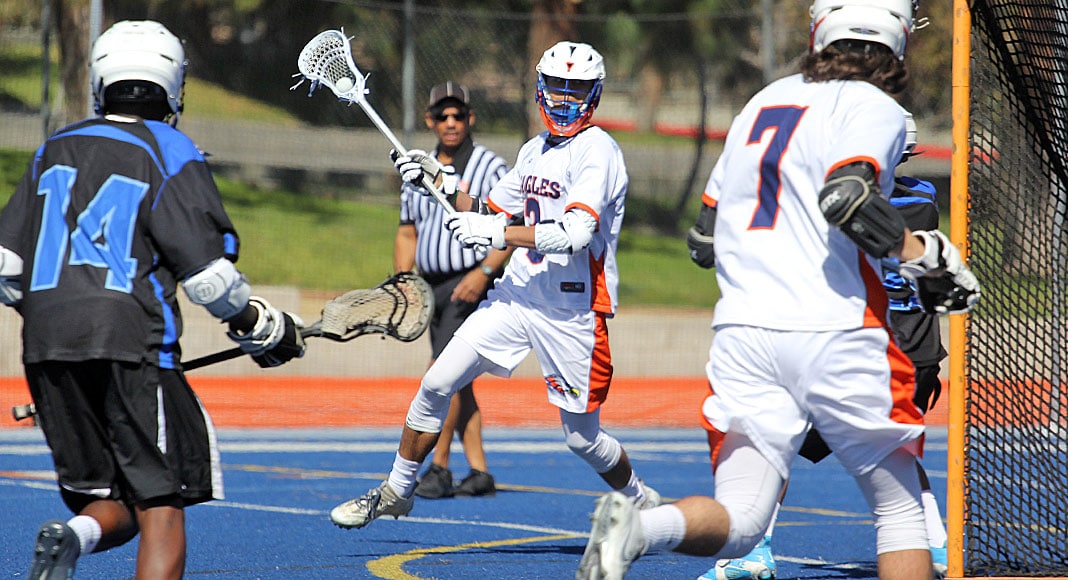 The No. 9 Chaminade Eagles, who returned their entire roster from last season, jumped out to a big early lead Saturday and cruised to a 15-7 win over visiting No. 12 Palisades Charter.

The Eagles led 6-0 after one quarter and 8-1 at halftime.

“Definitely happy,” Eagles coach Steve Lane said. “We got a lot of guys contributing, which is helpful. Our first midline, our first attack, they’re starting to really click. Every guy is a threat, which is helpful.”

Lane also pointed to the number of assisted goals (10) as a sign his offensive players are communicating and seeing the field.

The Eagles (1-0) benefitted from a decided advantage in possession time made possible by senior Brandon Brill‘s work at the face-off dot and a physical performance on ground balls.

“I thought our biggest weakness this year was going to be face-offs,” Lane said, “and I thought they had a pretty good face-off guy, and Brill did really well adjusting.”

Brill didn’t win many face-offs directly against Palisades sophomore Milo Sherman, but he succeeded in keeping the ball alive and creating ground-ball battles that Chaminade won more often than not.

The possession edge kept Palisades on the defensive and prevented midfielder Jack O’Rourke and A/M Macchio Rissone from getting rolling. Chaminade junior goalie Nick Carney faced only 12 shots on goal before leaving in the closing minutes with nine saves.

Palisades pumped in four quick goals in the span of about a minute after Chaminade changed out its defensive lineup with three minutes left and a 15-3 lead.

Coach Kevin Donovan said the Dolphins (1-1) were without three regulars for a variety of reasons, including starting close defender Kyle Lee.