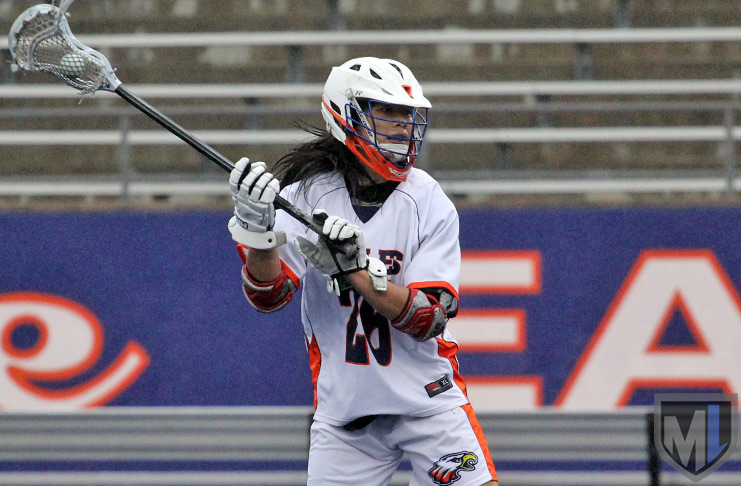 Senior Maxwell Kim of Chaminade, a versatile attack/middie who had 63 points for the Eagles last spring, announced this month he will attend and play lacrosse at NCAA Division III Bates College. A member of the New England Small College Athletic Conference, Bates went 16-3 last season (10-0 in the NESCAC) and was ranked No. 3 in the nation with it lost to Wesleyan in the NCAA quarterfinals.

“I knew Bates was the right choice as soon as I arrived on campus and met Coach [Peter] Lasagna in person,” Kim said via email. “He took us around campus, showing my dad and I all of the facilities, and explained his plan for the future [of the] lacrosse program. After getting to know Coach Lasagna and his coaching style, I totally knew that Bates was the perfect fit for me academically and athletically.”

A four-year varsity player, Kim scored 33 goals and handed out 30 assists last spring as captain of a Chaminade team that made its third consecutive playoff appearance after a four-year playoff drought. He also has been a three-time scholar athlete for the Eagles.

Alongside Bates in his final five college choices, Kim said, were Colorado College, Haverford, Illinois Wesleyan and Dickinson. He credited his family, friends and coaches for their endless support.

“Max is a perfect definition and example of dedication and passion,” Chaminade coach Steve Lane said. “I have been his coach since the day he picked up a stick, and he continues to impress me on a daily basis. Max has had to work incredibly hard to achieve the academic and athletic success he has now reached, but I have never heard a single complaint from him. I have seen him beat down, tired and stressed, but he always steps up ready to go at the very next moment.”

Maxwell Kim played on the Nation United 2018 squad that won the Inside Lacrosse Invitational this summer. He also attended the Elite 180 Showcase in Massachusetts and the New England top 150 Showcase in Rhode Island. Locally, he has played for Mad Dog West and Team 12.

“I am beyond thrilled for Max and his family,” coach Lane said. “The Chaminade community and I are blessed to have the opportunity to know this young man and have him be part of our lives. I am grateful he will be with me for one more year, and I know this commitment is only going to fuel that fire even more, and Bates gets to reap the benefits of that!”