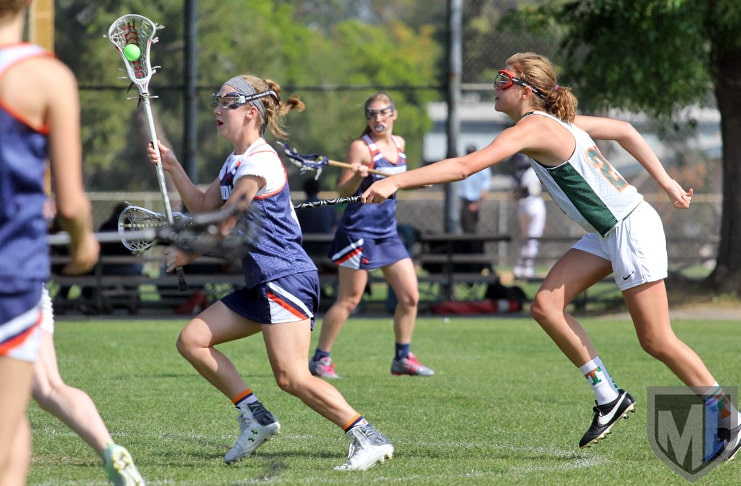 The Chaminade Eagles received 12 of 16 first-place votes and remained No. 1 in the US Lacrosse/MaxLaxLA coaches poll at the conclusion of the 2017 regular season.

The other four first-place votes went to Redondo Union (1), Cate (2) and Oak Park (1), who finished second, fourth and fifth, respectively, in the final poll.

Agoura did not receive a first-place vote but finished No. 3 in the voting, up three spots from last week. Oak Park had been No. 2 for a number of weeks, but a loss to Agoura on Friday dropped the Eagles three spots.

The coaches poll rankings are only one factor that will be used today when the US Lacrosse girls coaches committee meets to select and seed teams for the US Lacrosse Southern Section North playoff tournament. Other factors include LaxPower.com power rankings, strength of schedule (SOS) and ratings percentage index (RPI), all of which are calculated and published by LaxPower.com.

The other big movers in the final coaches poll were Newbury Park, which moved up from No. 10 to No. 8, and Birmingham, which dropped from No. 8 to No. 10.