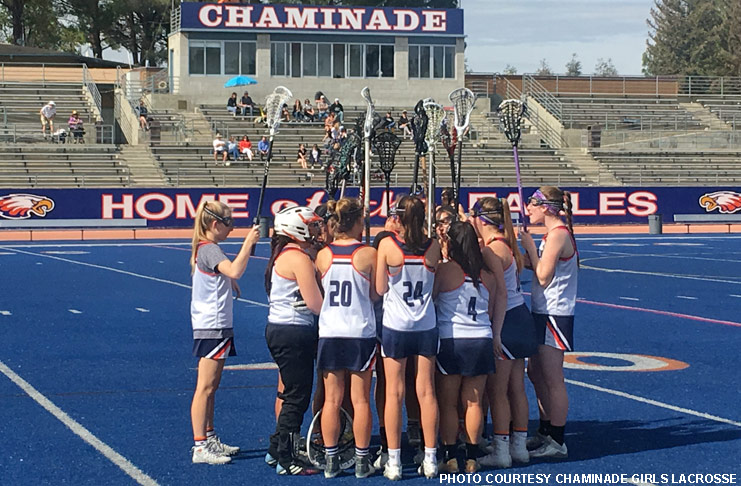 After holding off No. 2 Oak Park on Friday, the top-ranked Chaminade girls strengthened their hold on the top spot in the MaxLaxLA/US Lacrosse coaches poll, claiming 14 of 15 first place votes. The other first-place vote went to undefeated Cate School (8-0), which remains in the No. 6 spot overall in the rankings.

Chaminade (12-1) has beaten No. 2 Oak Park, No. 3 Redondo, No. 5 Agoura and No. 8 Birmingham (twice). Cate has beaten No. 14 Thousand Oaks and two teams that were ranked in the preseason but are now unranked — preseason No. 16 Simi Valley and preseason No. 19 Valencia. The Rams play at Newbury Park next week in their only remaining game against a Top 20 opponent.

The top six remained the same, but Royal moved from No. 8 to No. 7, ahead of Birmingham.

The biggest movers in the poll were Newbury Park and Crescenta Valley, which both made big leaps up the rankings. The Panthers jumped from No. 17 all the way to No. 10 after beating Thousand Oaks and Agoura last week. Crescenta Valley knocked off Birmingham and was rewarded with a bump from No. 14 to No. 11.