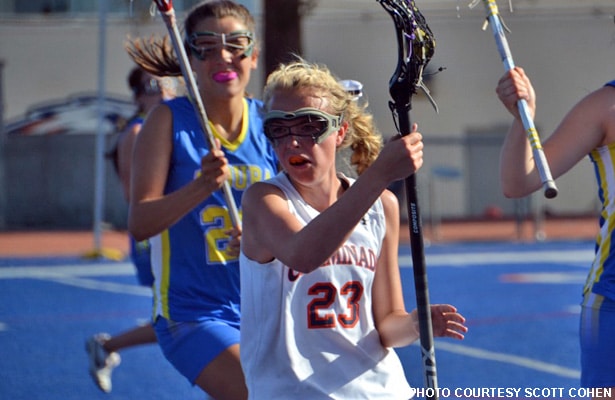 Chaminade girls lacrosse is coming off the best season in the program’s history — an 18-4 overall record, two playoff victories and a spot in the LA North final, opposite Oak Park. Previously, the Eagles hadn’t advanced beyond the second round. With a nucleus of players returning, coach Scott Cohen is looking to match or improve on last year’s finish.

Coach Cohen provided this look at the 2016 Eagles:

The Chaminade Eagles are looking to return to the LA County Final Four with a dynamic attack and a veteran defense intact from last year’s 18-4 finish. Last spring Chaminade tied for the most US Lacrosse All-County selections with five.

Despite losing its four-time All-League starting goalie and 131 points on offense, the Orange and Blue is looking for a fourth-consecutive 13-plus win season; fourth league championship (shared with Glendale in 2014); and to win the gold bracket of the Birmingham Lacrosse Tournament, also for a fourth straight year.

The swarming defense is anchored by senior captain Gwynneth Thomas (13g, 9a, 66 percent on draw controls).