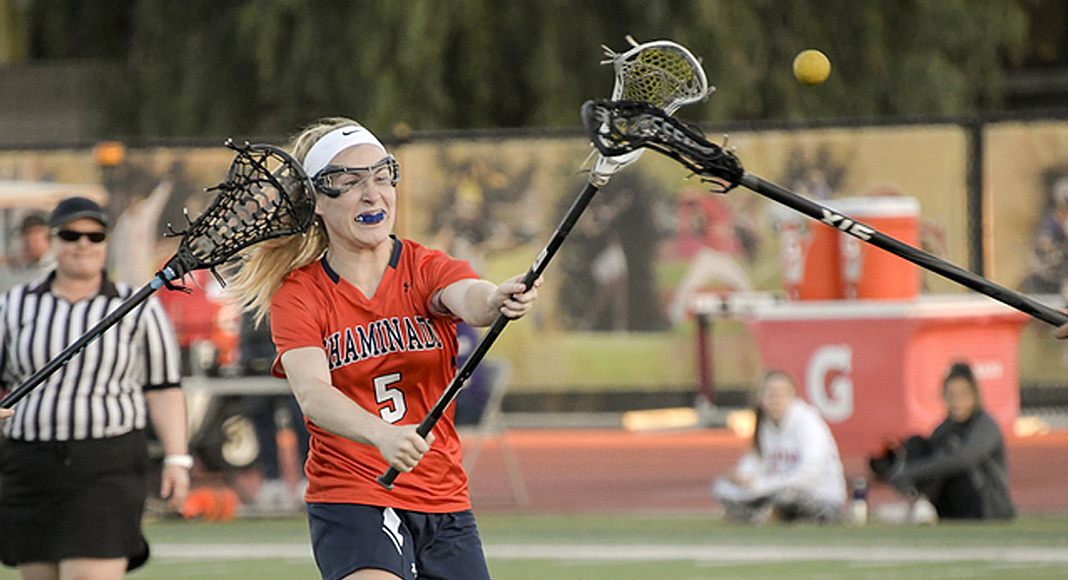 Senior Christina Kilkeary scored the game-winning goal in overtime Monday to lift No. 7 Chaminade to a 13-12 win over visiting No. 16 Marlborough and enable the Eagles to clinch their third consecutive Mission League title.

Chaminade (12-3) trailed 3-0 early be scored four unanswered goals to lead 4-3. The teams traded goals the rest of the way before heading to overtime knotted at 12.

But it was Kilkeary’s lone goal that made the difference. Alone inside the 8-meter, Kilkeary took a pass from Sammy Nuchow and scored the game-winner. It was the second year in a row the senior captain has scored in overtime to help the Eagles beat Marlborough.

Chaminade is now 3-1 in one-goal games this season, including two one-goal victories over the Mustangs. Chaminade is 6-0 vs. Marlborough since the teams joined the Mission League.

The league championship was the team’s seventh in nine seasons under coach Scott Cohen — including one co-championship shared with Glendale. The program has won three titles in the Mission league, two in the Pacific League and two in the Prep League.

Marlborough (5-6) lost for the first time in four games and must regroup for a home game Wednesday against No. 11 Oak Park.