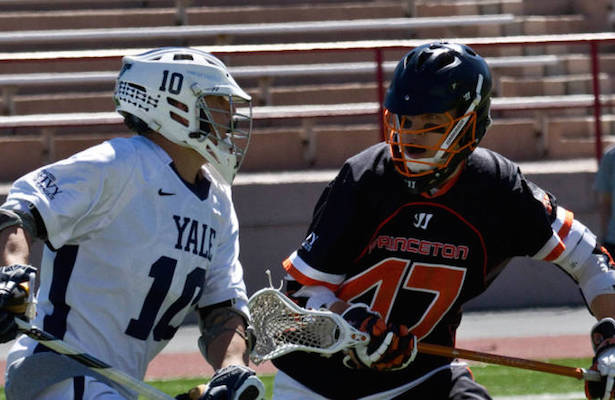 Michael Keasey, a 2012 graduate of Corona del Mar, now a senior at Yale, has been named to the the 2016 Tewaaraton Award Men’s and Women’s Watch Lists, presented by Under Armour. Keasey has 19 goals and 4 assists for the No. 1 Bulldogs this season. The Tewaaraton Award annually honors the top male and female college lacrosse player in the United States. The full press release is presented below.

WASHINGTON, April 7 – The Tewaaraton Foundation has announced the second round of additions to the 2016 Tewaaraton Award Men’s and Women’s Watch Lists, presented by Under Armour. The lists include the top players across all three divisions of NCAA lacrosse and highlight the early contenders for the Tewaaraton Award, which will be announced June 2 in Washington, D.C.

“These players have truly earned this recognition by the selection committees through their hard work and commitment,” noted Jeffrey Harvey, chairman of the Tewaaraton Foundation. “Congratulations to these individuals and their teammates.”

The Tewaaraton Award annually honors the top male and female college lacrosse player in the United States. The selection committees are comprised of premier college coaches and are appointed annually by the Tewaaraton Foundation.

Five men’s and five women’s finalists will be announced on May 12 and invited to the ceremony. The 16th annual Tewaaraton Award Ceremony will be held in Washington, D.C., on June 2.