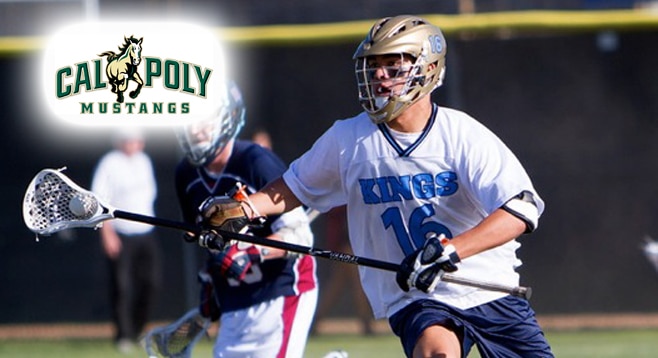 McCabe is a two-year starter for the Sea Kings. He and his teammates have held opponents to an impressive CIF Southern Section best 3.8 goals per game.

McCabe has been a two-sport varsity starter on CDM’s soccer and lacrosse teams, earning All Pacific Coast League honors in soccer this year. He was a part of Corona del Mar’s 2012 undefeated CIF Southern Section CIF championship team and 2013 OC Finalist playoff team as well.

McCabe says this about his experience on the Corona Del Mar HS lacrosse team, “I have been extremely fortunate to learn lacrosse from the best coaches and teammates these past four years. The best part of my experience is understanding and learning the true meaning of TEAM. Along the way, I have gained skills and the lacrosse IQ to help me be successful at the next level.”

CDM Head Coach G.W. Mix on Daniel McCabe,  “Daniel is extremely athletic and plays a significant role in many of our defensive schemes. He has the ability to cover different types of players, which makes him very valuable to us. He has a great work ethic and has developed into a high level, lock down defenseman. He has positioned himself very well for success at the collegiate level.”