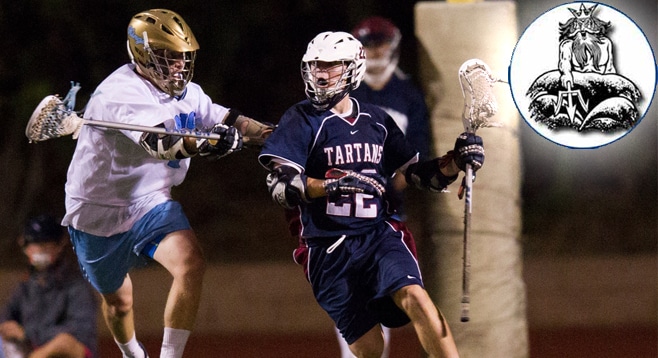 Corona del Mar junior defenseman was placed on the US Lacrosse West Region Player of the Year watchlist according to reports from Laxmagazine.com. Crance is the only defenseman, the only junior to make the 10-player list. The magazine also paid some respect to the St. Margaret’s Tartans and Crance’s fellow Corona del Mar Sea Kings by ranking them N0. 7 and No. 9 in the west, respectively. The Nike/US Lacrosse Player of the Year Watch List and West Region Preseason Top 10 are reproduced below.

1. St. Ignatius Prep (Calif.)
The Wildcats are the premier program on the West Coast and can compete with the nation’s top high school teams. St. Ignatius’ only loss last season was to Chaminade (N.Y.). Joe Lang (Harvard) and Cyrus Scott (Colgate) return.

3. Arapahoe (Colo.)
The Warriors won their third state title in five years despite a deep Colorado contingent and could three-peat this season with the return of Zach Runberg (Delaware).

4. La Costa Canyon (Calif.)
The Mavericks’ bid for a sixth Division I championship fell short against Torrey Pines in the final. Those teams likely will butt heads again for San Diego supremacy.

5. Bellevue (Wash.)
The Wolverines did not lose to an in-state team last season. Ohio State-bound Hank Bethke will have Bellevue in the hunt for another state title.

7. St. Margaret’s Episcopal (Calif.)
The Tartans have momentum after winning the Orange County championship over Corona del Mar. (Calif.) and the US Lacrosse CIF Southern-Section championship over Harvard-Westlake (Calif.).

8. Cathedral Catholic (Calif.)
The Dons had a 16-game winning streak before falling to La Costa Canton in the San Diego semifinals. Cole Wolfson (Bellarmine) could lead another postseason crusade.

9. Corona del Mar (Calif.)
The Sea Kings fell in the Orange County final but remain one of the top programs on the West Coast.

10. Bishop’s School (Calif.)
The Knights are a sleeper pick in San Diego as Jake Seau (Duke), widely regarded as the best player in the region, enters his senior season.