CdM Claims Battle of the Bay with a Triple Triple 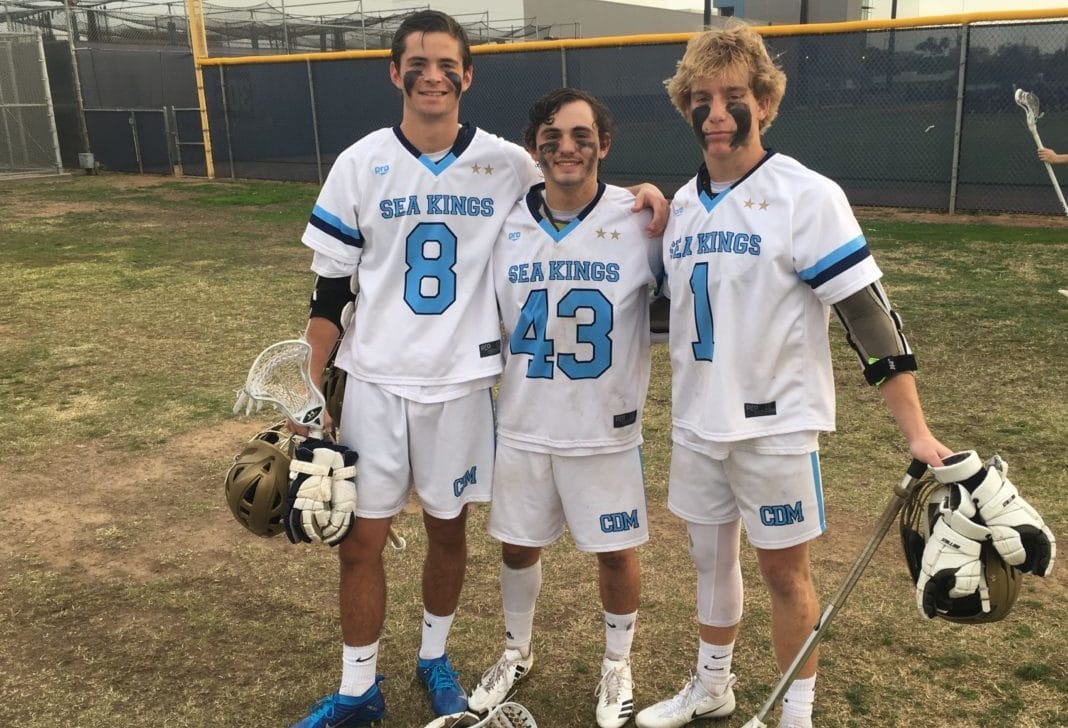 The Sea Kings came out strong, opening a 4-1 lead by the end of the first quarter.

The Sailors managed to score the first goal of the second quarter when Jared Rabin got knocked down, but got back up and scored at the 6:12 mark. The Sea Kings added its only goal in the second quarter and went into halftime up 5-2.

The Sea Kings built their largest lead of the game at 7-2 with a pair of goals in the third quarter, but Newport Harbor climbed back into the game, and only trailed 8-5 going into the fourth quarter.

The door to an upset seemed to open up a bit more in the fourth quarter when a CdM goal was negated by an illegal stick penalty that put Kenan Ressler on the sidelines for a three-minute non-releasable with about nine minutes left in regulation.

Unfortunately for the Sailors, they were unable to capitalize on the opportunity. Five of their six shots went wide while the sixth shot was saved by CdM goalie Kyle Cord, and the Sea Kings closed out the game.

“I’ll take responsibility for that, because I put in a new man up play and our guys didn’t execute on that,” Newport Harbor coach Mark Todd said in regards to his team not scoring when his team was up for three minutes in the fourth quarter.

In addition to the Fries, Fincher, and Purcifull hat tricks,  Devon Linkon and Blaine Nelson chipped in one goal apiece. Cord made six saves for the Sea Kings, all of which came in the second half.

“I thought our defense did a fantastic job of not giving up a whole lot. Kyle [Cord] is terrific. He’s one of the best goalies in the country and he certainly showed that today,” CdM coach G.W. Mix said.

For Newport Harbor, Rabin led the way with two goals while Hunter Rouch, Race Mooers and Joe Fuller had one goal apiece. Sophomore goalie Garrett Rovazzini had 10 saves for the Sailors.

Next up for CdM (3-0), a home game against Highland Park from Amarillo, Texas on Saturday at noon (location may change depending on the weather). Newport Harbor (2-2) travels to play Santiago on Saturday at 7 p.m.