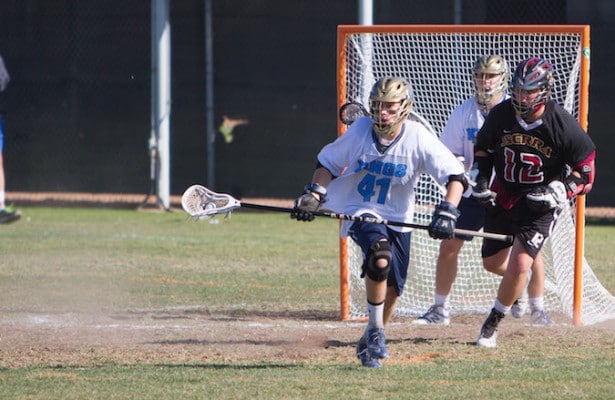 Its just one of those things that happens in every sport at every level.  The big games don’t always live up to the hype.  Two quality teams meet on the field of play and the score is unexpectedly and inexplicably one sided.  Such was the case when No. 2 Corona del Mar High School met No. 4 San Clemente High School on Saturday.   CdM opened up a 10-0 first quarter lead and just kept going.  The final score was 20-3.

San Clemente was playing without all-league junior goalie Austin Boyer, who was injured in the Tritons’ 9-7 midweek win at Newport Harbor. Scoring for San Clemente were Branden Wilson, Jack Renard and Matt Keany scored. Wilson and Nick Lemus pitched in with assists.

–John Reagan contributed to this report.