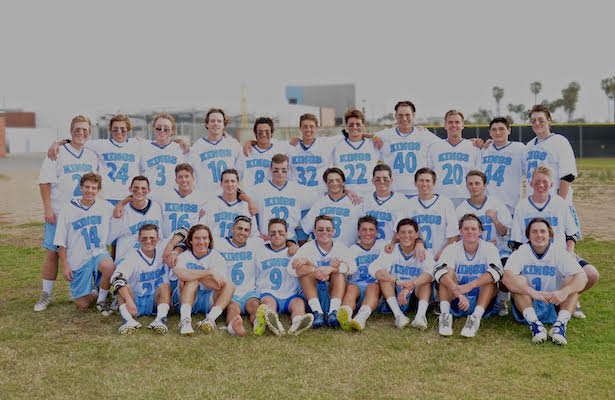 Yesterday we wrote about the importance of Foothills’s Depth-with-a-capital-D in their victory over J Serra. Today, we continue with the D theme. D as in Defense. Corona del Mar ranked No. 6 in the west in the Under Armour/IL Regional Poll traveled to San Diego County to match skills with Torrey Pines, the No. 9 team in the west. The close game that many expected never materialized as CdM put on a defensive clinic that resulted in a Sea Kings a 13-4 victory.

CDM’s stellar defense on Friday night was a total team effort. The poles, the shorties, the goalies all did their part. The Sea Kings won the battle of the feet on virtually every matchup, allowing the defense to push out to seal off passing options and mug ball carriers. The few times someone got beat Hoyt Crance (9 saves) and Nick Guizan (1 save) were there to do their part. So before we go any further hats off to the poles Chad Redfearn (5 groundballs), Hugh Crance, Brian Leguay , Brett Greenlee (1 assist, 3 GBs) and Jordan Pakzad, the two aforementioned goalies, and the under appreciated short stick defensive midfielders.

The tone for the game was set early. Hugh Crance took the ball away from the Falcons on their first offensive possession, which lead to a Noah Howe (2 goals) fast break goal and a 1-0 lead three minutes into the game. Jackson Lienhart and CdM’s Max Kline (3g) traded goals before the quarter ended to make it 2-1 Sea Kings.

The Sea Kings broke the game open in the second period with Sherwin Gersten (4g, 2a) and Jordan Greenhall (4g, 1a) each scoring three goals. Only an EMO goal by Marc Lefferdink midway through the quarter interrupted the CDM run. The score at halftime was 8-2 and Lefferdink’s goal would be the Falcons’ last until the final two minutes of the game.

CdM continued to pour it on in third.  Greenhall got it started with his fourth goal of the night on a nice feed fromStephen Von Der Ahe (1a).  Howe, Kline (twice), and Gersten all followed with goals of their own to make it 13-2 entering the fourth period.   Falcon goals by Spenser Grant and Brandon Trentalange in the final minute and a half brought the final score of 13-4.

Next up: CdM heads to the Bay Area to play Bellarmine and Marin Catholic. Torrey Pines takes a trip to Colorado where they will play Cherry Creek, the No. 2 team in the West, and No. 10 Kent.