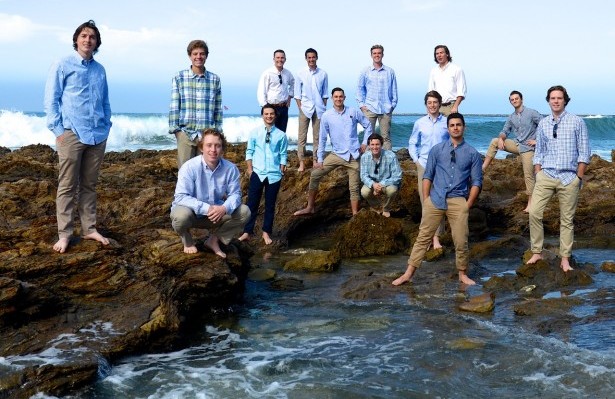 The Corona del Mar High School seniors (pictured above) were honored by head coach G.W. Mix at the team banquet on Monday night.  The Class of 2015 leaves behind a legacy that includes a four year record of 75-6 (.925%). Each senior was honored with a vial of “magic” dirt from their home field presented by Coach Mix to commemorate the four-year undefeated record at home.