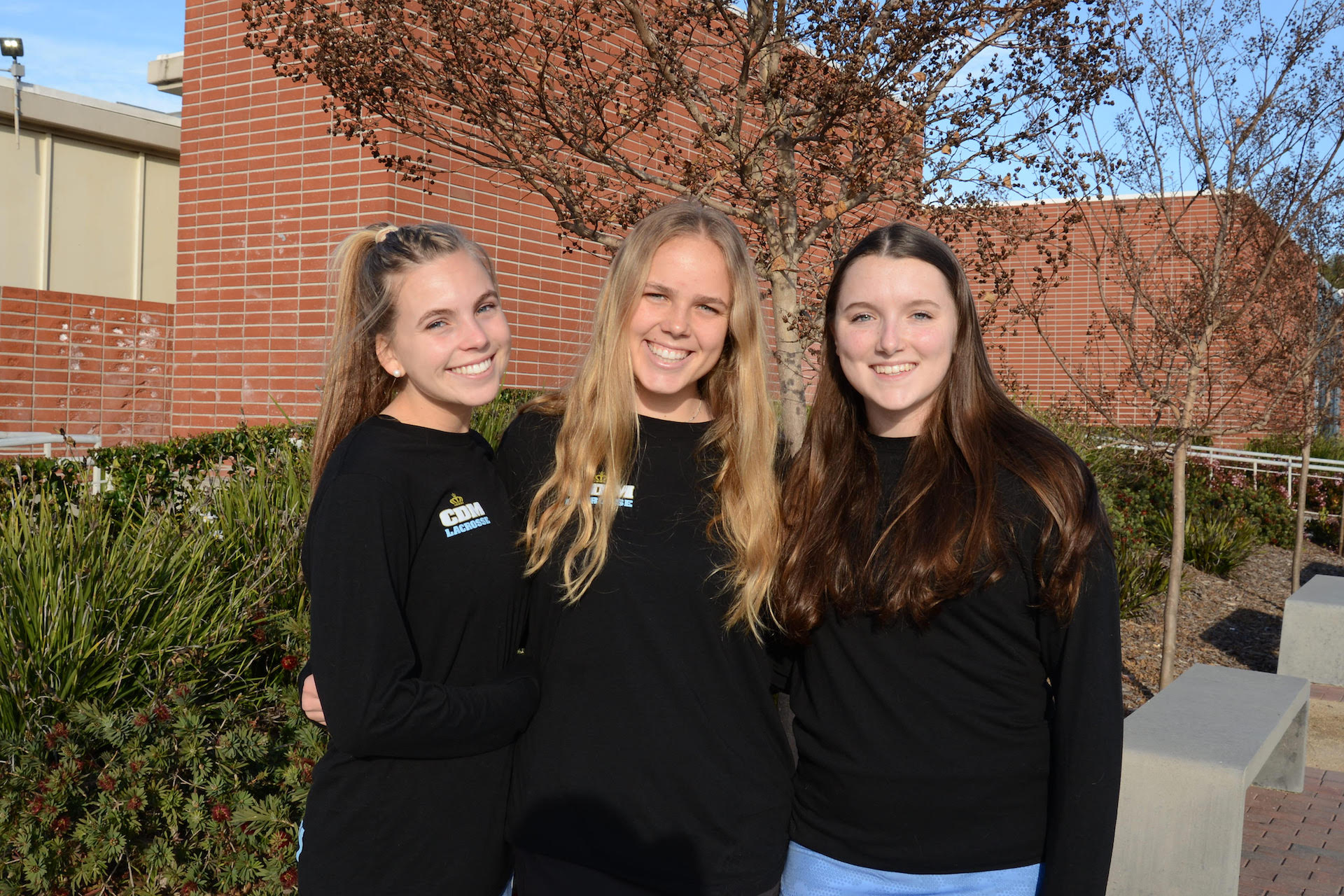 Simaan is a 4-year Varsity player that has received recognition as an All-League player and placement on the Orange County National Team in each of her first three years.  She started her varsity career in her freshman year as a defender and became the team’s leader in caused turnovers.  She started to transition to a midfield role in her sophomore year and was full time in that role as a junior, becoming the team’s leader in both goals scored and draw controls won.  Joslyn was named Academic All-American last year.

Langley is a three-year varsity player, although she also was twice pulled up in her freshman year to serve as a substitute goalie in Varsity games.  Last year, the CDM Varsity team carried two goalies.  She played in numerous games and compiled a strong save percentage.

Oberreiter is a three-year varsity player who has been a key defender over her whole tenure with the team.  She is an acknowledged field leader of the defense during games.