CDM Finds It Easy Being Green 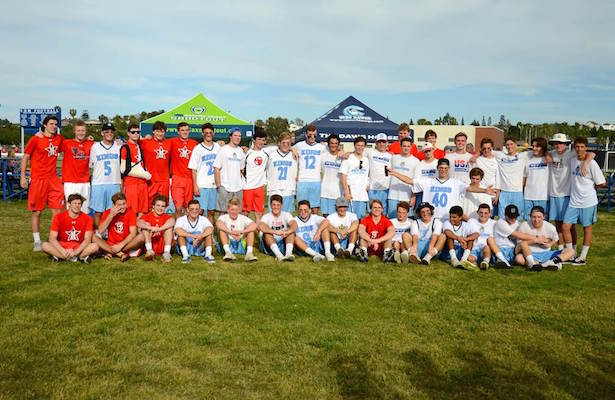 The Sea Kings continued to make the 2015 season feel like a sea cruise as they beat Beckman High School 16-1.  CdM is now 4-0, having outscored their opponents 70-6 in the first four games of the season.  The Sea Kings are averaging 17.5 goals per game while giving up an average of 1.5.

Senior Max Kline got the Sea Kings started by scoring the first two goals of the game, the first coming at the  30 second mark.  Senior Sherwin Gersten assisted on Kline’s second.  Greenwald made it 3-0 when he became the third Next Gen Sea King to score his first varsity goal this week.  A pair from Greenhall made it 5-0 after the first quarter.  The Sea Kings made it 11-0 in the second quarter with Kline, Nino Chavez, and Ben Palitz scoring their first goals of the game, Kline completing his hat trick, and Greenhall bringing his total to four.

Gersten and Stephen Von Der Ahe, on a non-releasable man up, made it 11- 0 after 36 minutes.  Palitz became the second Sea King to take advantage of the non-releaseable when he scored early in the final quarter.  hitting the net.  Palitz’s third and Greenwald’s second completed the CdM scoring.