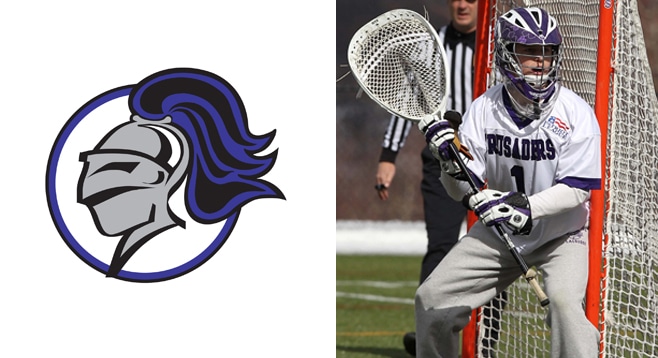 Michael Ortlieb of Holy Cross was name Crusader of the Week by GoHolyCross.com

From GoHolyCross.com
“Sophomore goalie Michael Ortlieb (Newport Beach, Calif.) has been named the GoHolyCross.com Crusader of the Week, for competition from March 31-April 6. Ortlieb earned the win in goal as the men’s lacrosse team defeated Patriot League opponent Lafayette by a 10-5 score on April 5.

Ortlieb was outstanding in net as he made 13 saves and allowed five goals for a .722 save percentage as the Crusaders defeated Lafayette. He has started in all 11 games this season and has made 93 saves.

The Crusaders (3-8 overall, 1-5 Patriot League) return to action on Tuesday, April 8, when they play Sacred Heart at Holy Cross Field at 7:00 p.m.”