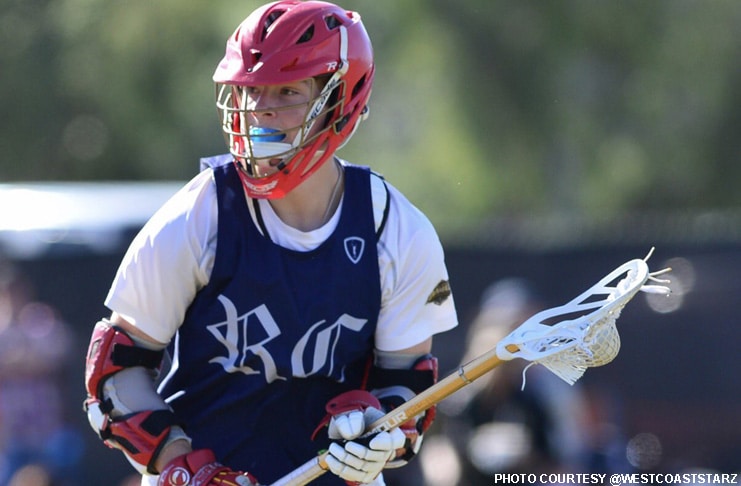 Despite family ties to Notre Dame, Cathedral Catholic sophomore midfielder Oliver Mirer committed this week to attend and play lacrosse at the University of Michigan.

“I’ve always respected the school, so this summer I decided to go to their camp,” Mirer said via email. “I had a great time and really liked the campus and Coach [John] Paul. On top of that, all of my family lives in the Midwest, and I’m a huge Detroit Lions fan.”

Oliver’s older brother, Cathedral Catholic senior midfielder Mo Mirer, is committed to Notre Dame in the Class of 2017, and Notre Dame also is the alma mater of their father, former collegiate and NFL quarterback Rick Mirer.

Oliver Mirer said he considered the Fighting Irish during his college selection process, along with Brown, Navy, Georgetown and Harvard, before ultimately deciding he would become a Michigan Man.

“With my brother going to Notre Dame, there will definitely be a little rivalry and competition,” he said, “but it will be friendly.”

Rick Mirer acknowledged his younger son’s decision to follow his own path with a congratulatory tweet that included a “house divided” hashtag.

Last summer he played for the West team in the Under Armour Underclass tournament, and he has been a member of the West Coast Starz national squad for four years. Locally, he plays for RC Starz.