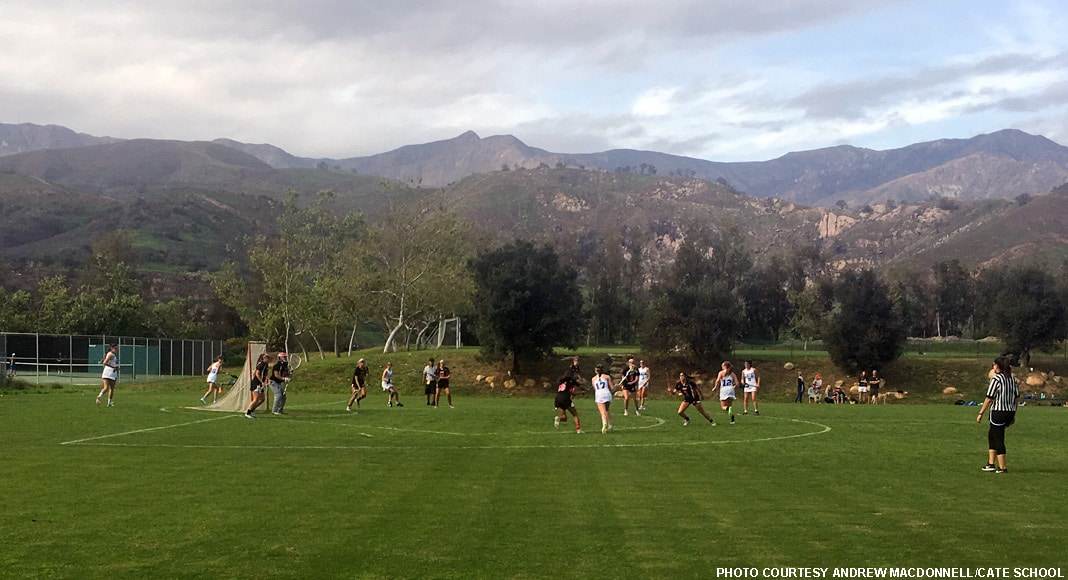 The Palos Verdes girls lacrosse squad didn’t get to enjoy its status as the No. 1 team in the LA coaches poll for long. No. 13 Cate School ran out to a 10-3 halftime lead Friday and stunned the No. 1 Sea Kings 17-5.

Palos Verdes (7-3) was coming off a big Bay League win over then-No. 1 Redondo Union last week that pushed them into the No. 1 spot in the poll.

Blame it on the long bus ride to Carpinteria, blame it on the absence of star midfielders Kelly Hoyt and Kendall Hoyt, or blame it on a Cate team that last year went 16-1 and reached the semifinals of the US Lacrosse North playoffs but is something of an unknown so far this season.

The Rams (6-0) didn’t play their first game until March 23, nearly four weeks after other teams, and had played only one LA-area team so far this season — a 13-8 win over No. 20 Simi Valley. In winning four games against Santa Barbara area teams that were a combined 4-13 as of Friday, Cate was outscoring its opponents 64-12 — an average of 16-3.