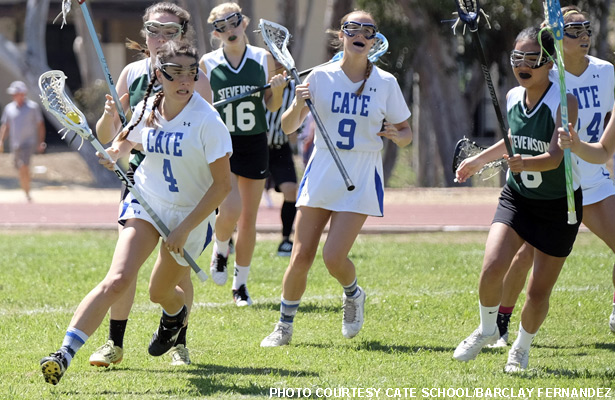 Two teams from Santa Barbara County made the biggest moves in this week’s coaches poll, with Cate (7-1) moving up three spots to No. 9 and Dos Pueblos (9-2) moving up four spots to No. 14.

The first seven spots in the poll remained the same, with Oak Park a unanimous No. 1 and Chaminade narrowly holding onto No. 2 over Redondo Union. Agoura is fourth, followed by Palos Verdes, Royal and Birmingham.

Chaminade (10-3) plays at Agoura (8-3) tonight, so things could change by this time next week. Redondo still has games left with Peninsula (twice), Palos Verdes and Mira Costa.

Mira Costa moved up one spot to No. 8, followed by Cate and a new entry to the Top 10 — Thousand Oaks, which won at Westlake and at West Ranch last week.

But the real mover is Cate, which sat at the No. 15 spot just two weeks ago but has beaten No. 7 Birmingham, No. 6 Royal, La Reina and Thacher in succession. The Rams play at Santa Barbara and are home to Dos Pueblos this week.

Dos Pueblos is the other big mover in the rankings, climbing four spots after posting its sixth consecutive victory. After facing Thacher and Cate this week, the Chargers finish the regular season with a home game against Royal.